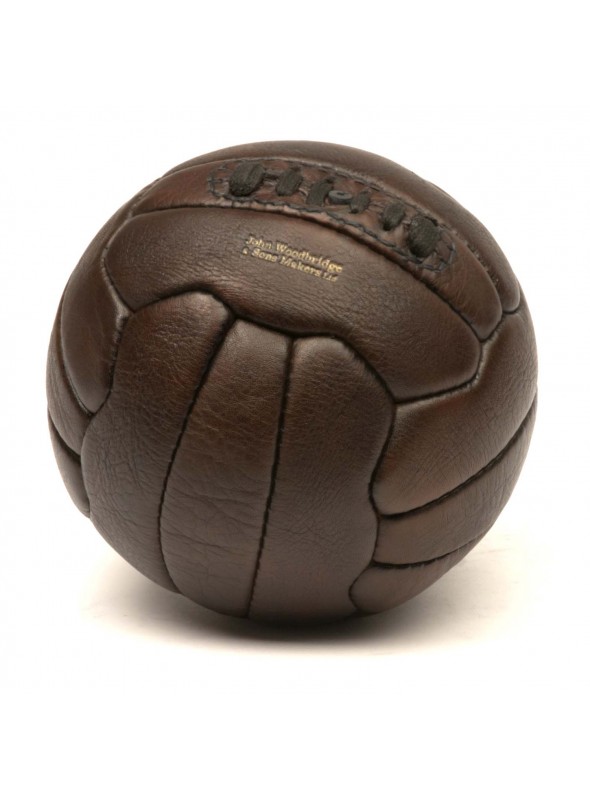 Created from a classic model of the 1950s used during the 1954 World Cup in Switzerland, this vintage football ball consists of 18 pieces of hand-stitched leather.

The first post-war Football World Cup in Europe takes place in Switzerland from June 16 to July 4, 1954. Favorite of the competition, the Hungarian selection led by Ferenc Puskás, the famous Magyar "Golden Eleven", is beaten in the final by the German team. The Mannschaft was equipped with Adidas first interchangeable cleats football boots, managed to better control the ball in the mud of the Wankdorf stadium, a match dubbed the "Mirable of Bern". The official tournament ball at the time was the first 18-panel football model, the "Swiss World Champion", designed by the Basel firm Kost Sport.

John Woodbridge's 1950s retro football is handmade from 18 stitched leather panels. For its realization, JW&S was inspired by the Swiss World Champion model with which Germany won the 1954 World Cup. Its authentic style is ideal for an elegant sports decoration.