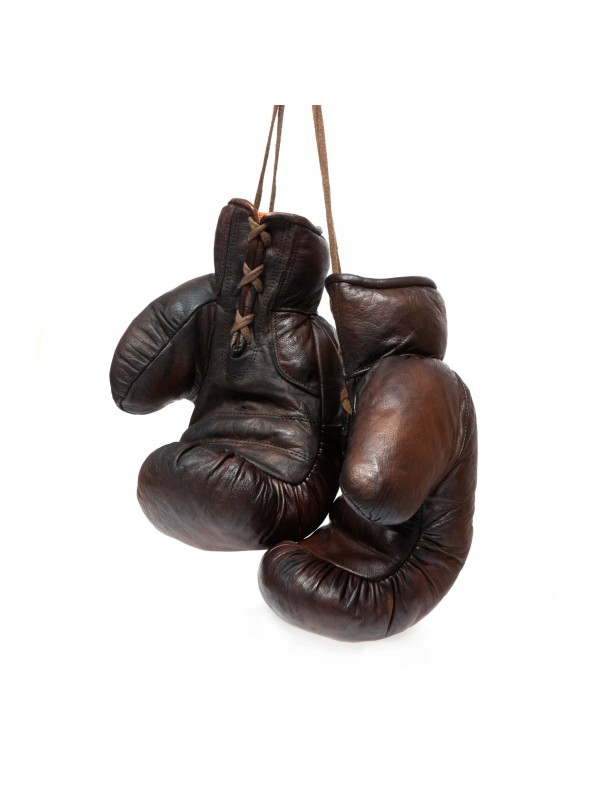 The John Woodbridge vintage leather boxing gloves are handcrafted and padded with natural fibers. The handmade brown, tan, black or cognac patina gives them a unique and iconic look, ideal for a retro sports, elegant and authentic decoration. 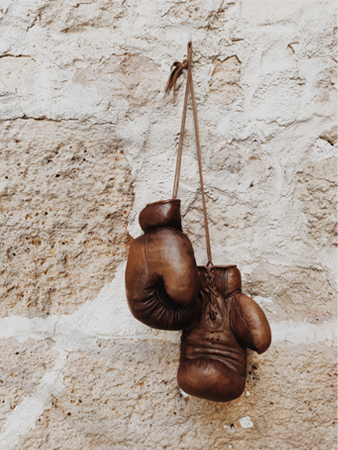 Having the purpose of protecting the fighter who receives the blows, but above all the hands of the one who wears them, the boxing gloves are born in the Antiquity, when they were used by the pugilists in the form of leather bands surrounding their fists. Roman soldiers, who also practice boxing to combat combat, as portrayed in paintings, bronze statues and mosaics of the period, in turn use leather gloves stuffed with twisted threads. Later in England in the eighteenth century, English boxing champion Jack "The Father of Boxing" Broughton, who laid the groundwork for the rules of boxing, would have invented the modern boxing gloves that will become mandatory in competition In 1866, the gloves of both boxers must be of equal weight, the lightest gloves being the ones with the most impact and which will favor KO the most.

Elegant and stylish in a beautiful patinated leather manually and declined in 4 colors, this pair of boxing gloves vintage style signed John Woodbridge and Sons Makers manufactured in the old-fashioned workshop will serve to give an authentic appearance to a showcase or a sports room.