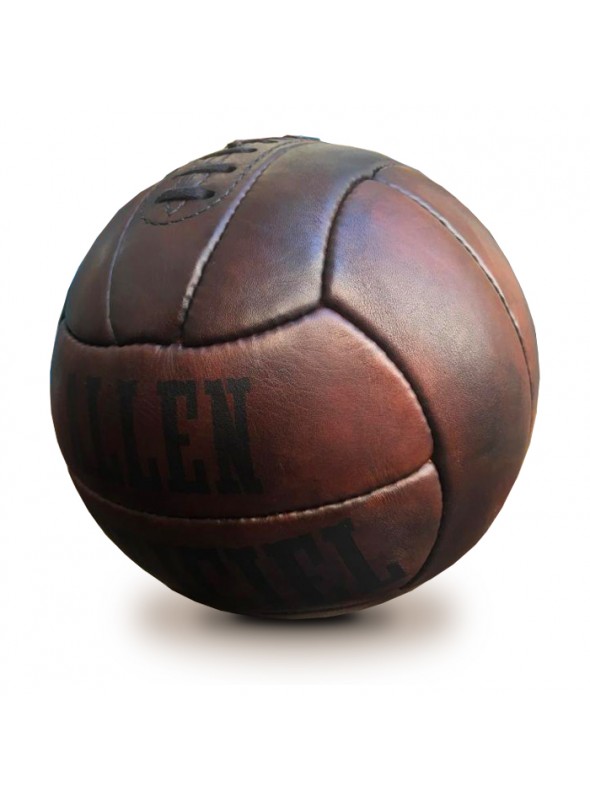 This retro lace football is based on the original 13 pannels leather ball provided by the famous parisian manufacturer "Allen" on the occasion of the 1938 World Cup in France. Another classic of World Cup history.

"Maison Allen" was a manufacturer of sporting goods based in the heart of the Sentier, the historical 2nd arrondissement of Paris. Official supplier of the French Athletics Federation, the company equiped the French athletes in discs, javelins, poles, weights and hammers for the Paris Olympics in 1924. On the occasion of the 1938 World Cup, the third in history, which takes place in France from June 4 to 19, the Allen 13-panel football was selected from many models presented to be the ball of all games during the competition. Italy of Giuseppe Meazza won for the second consecutive time the Jules Rimet trophy, beating in the final Hungary, a tournament animated by the talent of the Brazilian Leônidas. The football printed with "World Cup Official Allen F.F.F. " became a classic with which teams played still in the 1960s, the Allen House providing the French Football Federation until this time before disappearing.

The Allen retro lace football is a replica of the vintage 13-panel ball with the signature "Allen Officiel" in hand-patinated brown leather. A John Woodbridge exclusiveproduction tribute to an iconic factory of Paris. 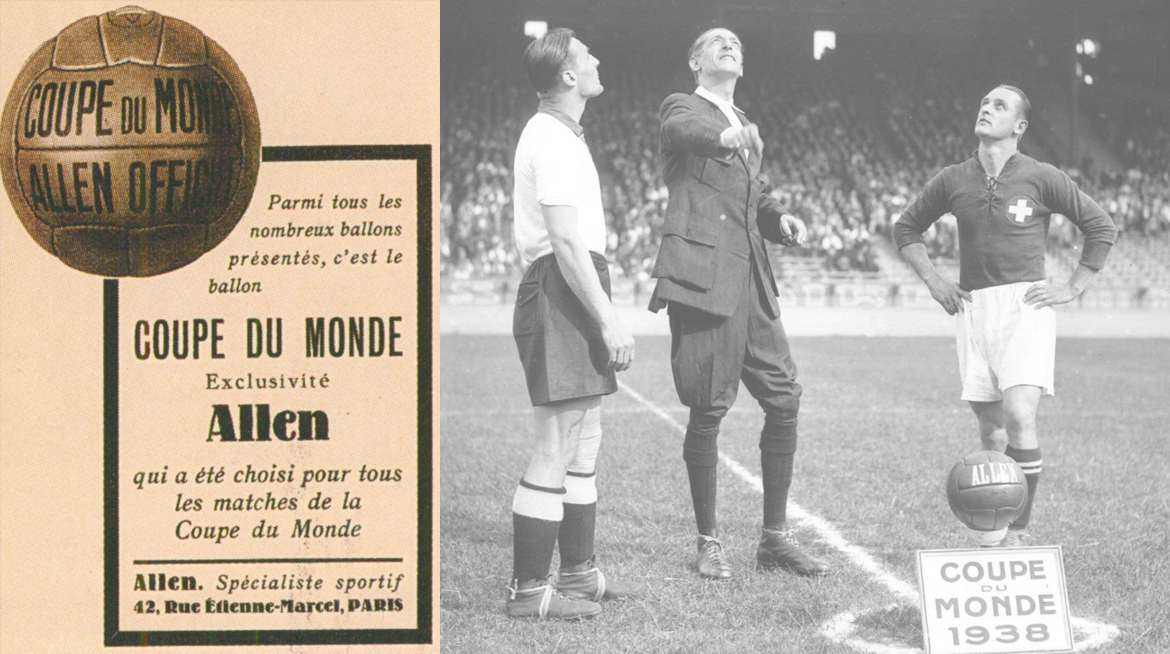