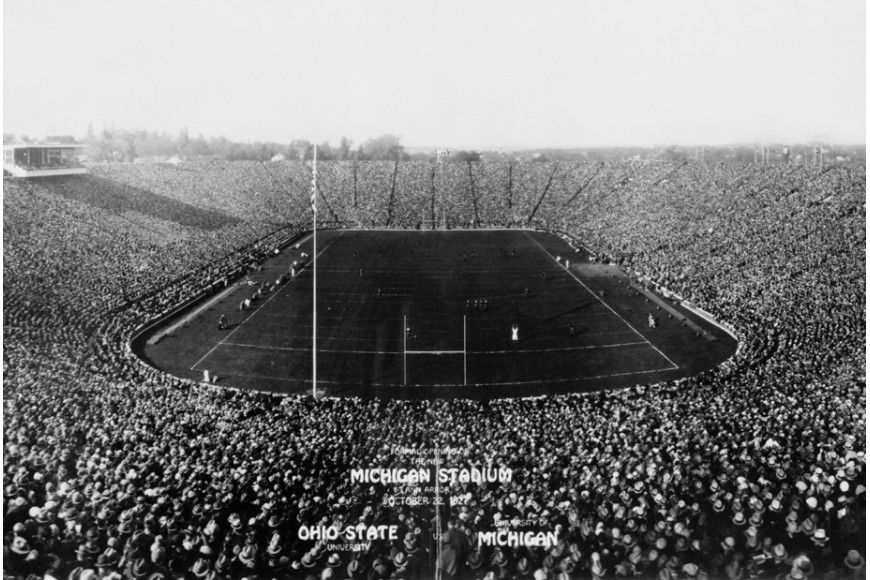 In the 1920s in the United States, that era of great economic prosperity known as the “Roaring Twenties”, many American football stadiums sprouted from the ground on college campuses. So most of the most mythical and monumental today have almost all started to be built and were inaugurated at this time to be over time enlarged to reach their contemporary size. And among the largest American stadiums in all categories, those with the greatest capacity are not those that host NFL teams but those of university competitions, to which the Americans worship.

They can be classified according to several criteria, in relation to their size, their capacity to welcome spectators, their architecture, and by the experience which is lived there by the athletes as by the public, the atmosphere and the atmosphere which 'they give off, whether it is engaging for the locals or intimidating for the opponent. A quick overview of these modern-day Coliseums according to their date of construction.

It's the residence of the “Vols”, the Tennessee Volunteers of Knoxville in Tennessee who have won more than 75% of victories there have never known more than 4 consecutive losses. Neyland Stadium, whose name was originally "Shields-Watkins Field" in reference to the funders of its construction, dates back to 1921 and can now hold around 102,000 fans.

Opened in 1922, Ohio Stadium at Ohio State University officially seats approximately 105,000. It is nicknamed "La Chaussure" or "Le Sabot" because of its architecture in the shape of a horse's hoof. The local student supporters of the Buckeyes are particularly virulent there during the meetings against the historical rival, the Wolverines of Michigan. 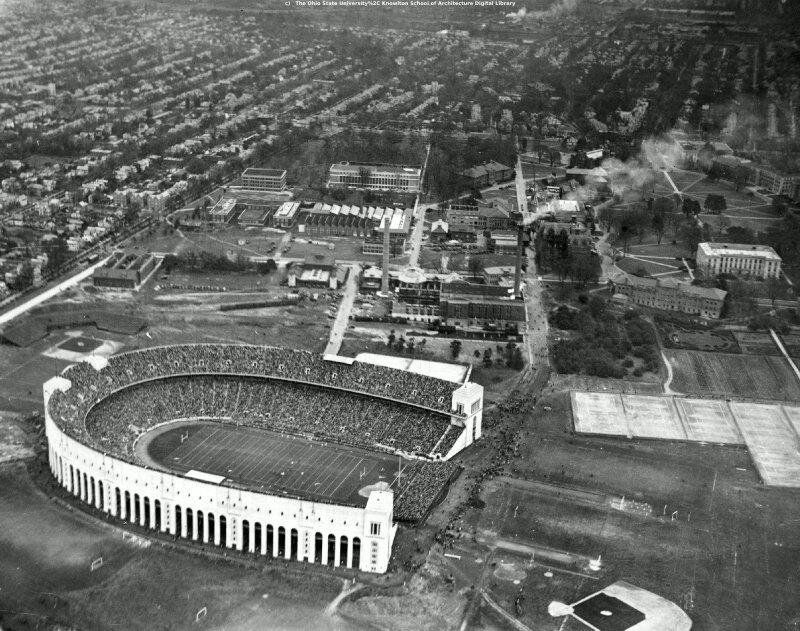 In Pasadena, California, the Rose Bowl is listed as a historic monument and hosts the prestigious "Rose Bowl Game", the national college football final on January 1. Construction began in 1921 and began in 1923 with a match between the Penn State Nittany Lions and USC Trojans. It can hold around 93,000 people today.

The legendary Los Angeles Memorial Coliseum, construction of which began in 1921 and whose resident university clubs are and were the USC Trojans and UCLA Bruins until 1928 owes its name as the Texas Memorial Stadium to the “Sammies”. »Fallen during the Great War. The 1932 and 1984 Summer Olympics were held there. Recently reduced to 77,000, its capacity until 2018 was nearly 94,000 spectators.

With 102,320 seats, Louisiana State University's Tiger Stadium in Baton Rouge ranks prominently among the loudest and most intimidating venues for visitors to LSU Tigers. Created in 1924, its original capacity of 12,000 has been increased almost tenfold in 100 years.

In Austin Texas, the Texas Memorial Stadium is an enclosure with a capacity of just over 100,000 spectators inaugurated in 1924 whose name is in honor of American soldiers who died in Europe during the First World War. Emerged from the ground in 1924, the Longhorns Athletics have won nearly 8 out of 10 games in their history.

The "Big House", "La Grosse Maison" is the nickname of Michigan Stadium where the Michigan Wolverines play. Despite its immense size, its atmosphere is considered quieter than that of rivals Ohio Stadium. It has the particularity of being partly built in soil, its capacity is almost 108,000 places and it opened on October 1, 1927.

Kyle Field at College Station in Texas is home to the Texas Aggies. Designed in the shape of a U, renowned for the sulphurous atmosphere of its fans, its nickname is "The Home of the 12th Man". It dates from 1927 and has a capacity of almost 107,000. 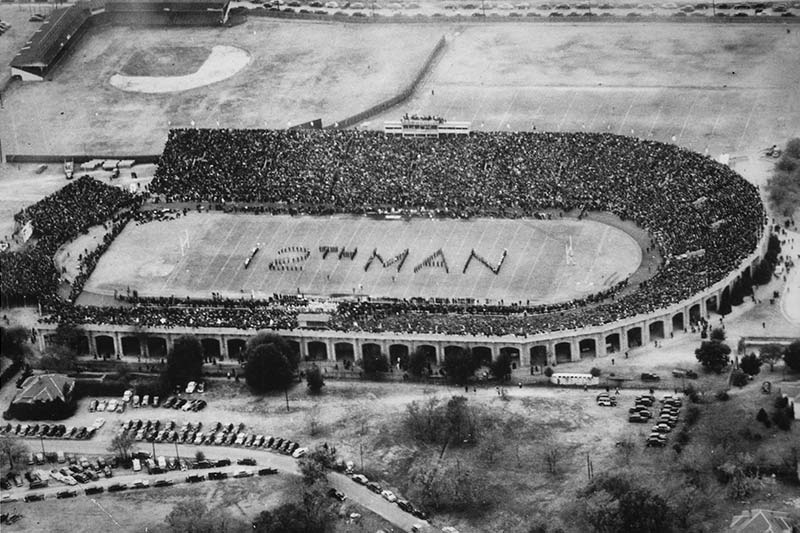 Bryant-Denny Stadium in Tuscaloosa, Alabama is named after George H. Denny, president of the university at the time of its construction, and Paul “Bear” Bryant, a former iconic coach between the 1950s and 1980s. the stronghold of Crimson Tide, it has a capacity of 101,821 spectators today and its construction began in 1929. To frighten the opponents who go there, the visitors' locker room has been named "The Fail Room".

The University of Georgia owns it, and the Georgia Bulldogs play their home games there. 30,000 students and supporters could settle there in 1929 when it was inaugurated against nearly 93,000 today. The Sanford Stadium in Athens is named after Dr Steadman Vincent Sanford, former president of the university in the 1930s and iconic figure of the campus.