Carlisle Indians, the Native team that revolutionized the game 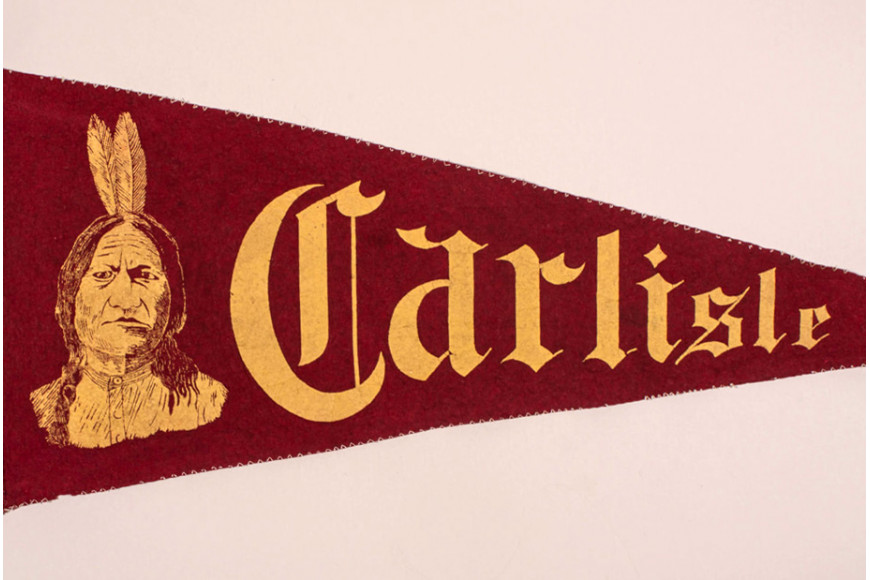 At the turn of the twentieth century, a college football team revolutionized the game. A somewhat special team, the Carlisle Indians and their timeless "all-American hero", the legendary Jim Thorpe, who hit the headlines in 1912 by having an almost perfect season and by humiliating that of the "Cadets" of the army of the famous West Point military academy which then included in its ranks Dwight Eisenhower, the future 34th President of the United States.

Carlisle is a small town in Pennsylvania about 150 km north of Washington, known primarily for its bygone tire industry. More confidentially, it is also known for its “Indian school”, the “Carlisle Indian Industrial School”, a now controversial program of assimilation sometimes by force and coercion of the vanquished Amerindians by the American victors, launched in 1879 a few years after the end of the Indian wars between European settlers and the native nations of the Americas. On the program, the "Americanization" of the boarders went on the one hand through the tearing away from families, the eradication of indigenous cultures with, among other things, the change of names and on the other through the teaching of that of the Whites and the adoption of their practices, especially sports. Thus was born in 1893 the team of the Indians of Carlisle, whose colors are red, white and gold, and which evolves in the first division of the championship NCAA. An adventure that will last until 1917. 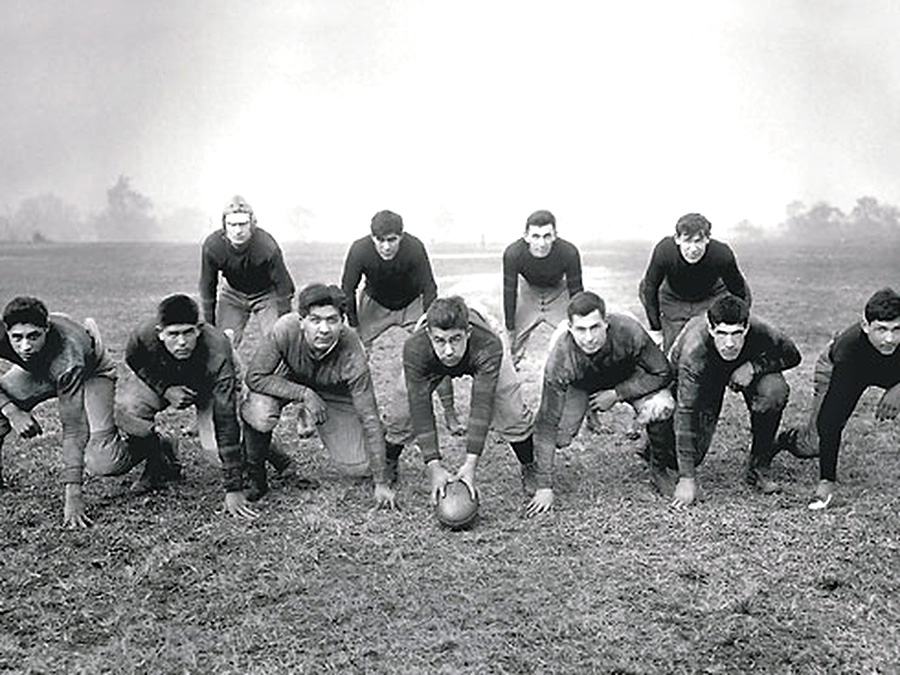 A few years later in the early 1900s, Carlisle Indians had become the most prominent team in college football, including the use of novel playing techniques such as the screw forward pass or concealment of the ball, while Princeton, Yale or Harvard, who monopolized the championship titles at that time, played a classic game based on strength and organization.

At the top of their game, the Indians faced the US Army Cadets on November 9, 1912. At this point in the season, the players coached by Pop Warner recorded 10 wins and 1 draw and were led by the most famous player at the time. present on the field, the great Jim Thorpe, an athlete with mixed European and Native American origins born in 1888 in the Sauk and Fox tribe in Oklahoma, also a baseball and basketball player, gold medalist 4 months earlier at the Olympic Games of Stockholm in pentathlon and decathlon. A feat which made the Swedish king Gustav V say that he was the best sportsman in the world and which still makes him considered today by some as the greatest American athlete of the twentieth century! 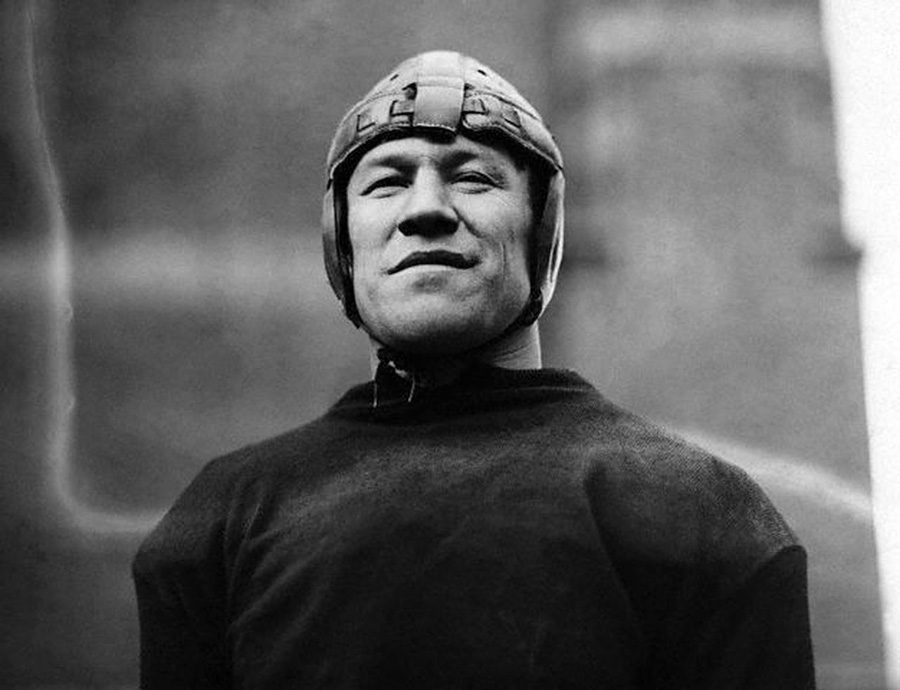 In the locker room, coach Warner galvanizes his troops by appealing to emotion and a feeling of revenge:

"Your fathers and grandfathers fought their fathers. These men playing against you today are soldiers. They are the Long Knives. You are Indians. Tonight we will know if you are warriors."

The Cadets are waiting for the game and Jim Thorpe firmly, with a simple plan: eliminate the Indian leader from the start. A strategy that is quickly put into practice from the first minutes of the meeting by Eisenhower and one of his teammates who suddenly pounce on him. A moment sounded, Thorpe gets up to then achieve an extraordinary performance with among other feats a touchdown of 97 yards which made him slalom throughout the opposing defense. That day, with their game of passing, cunning, speed and precision, the Indians inflicted a severe 6-27 defeat on the army in their stronghold of "The Plain" at West Point. A humiliation for the Cadets as for the spectators, and for Dwight Eisenhower who does not finish the match, injured in the knee. Revenge for Thorpe and his family, dispossessed of their native lands. 3 years after the death of the emblematic chef appache Geronimo, as a tribute.

From this date date the introduction of new techniques unanimously adopted by all the teams, and of rules prohibiting certain of their "tricks", intended to frame the innovations of the Indians, which was then probably the best team of football in the United States, and who would now be a legendary team forever. 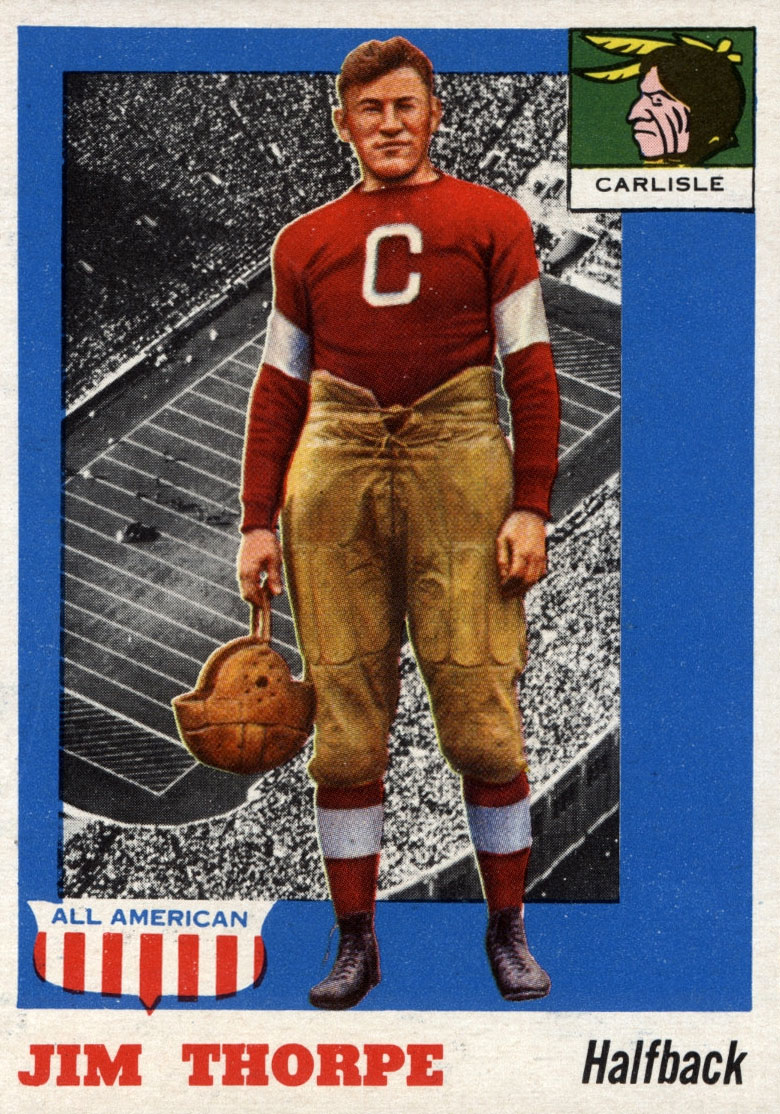