From Antiquity to Hooverball, the origins of medicine ball 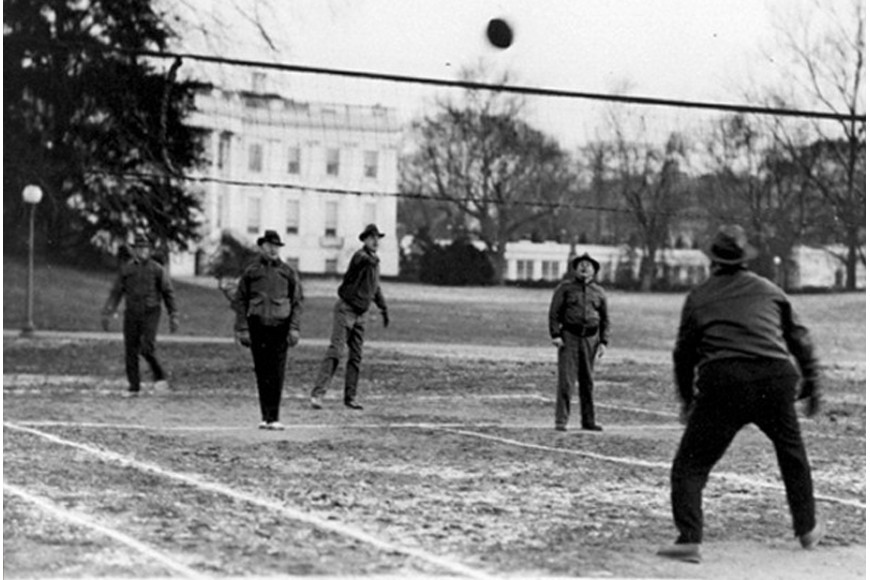 3000 years ago, Persian wrestlers trained with bladders of animals filled with sands as depicted in illustrations on ancient pottery. In ancient Greece, the doctor philosopher Hippocrate, father of modern medicine, would have used the same technique with balls of animal skins launched for therapeutic purposes, which would be at the origin of the name "medicine ball". Under ancient Rome, the gladiators used them to prepare for combat in the arena, strengthen their muscles and work their endurance.

It was not until the late 1930s that the 31st President of the United States, Herbert Hoover, who was obese at the time, suggested that he use a balloon to exercise to get him back in shape. Joseph Thompson Boone then invented a game called "Hooverball", practiced on a volleyball court pitch in the White House Park, which consists of throwing the medicine ball in the opposite camp over a net, and ratrapper on the other side. It is a success. The president goes about it every day, in good or bad weather, loses about 10 kilos and regains his fitness before leaving his post in March 1933. Recently, the Hooverball was brought up to date in sports halls with the practice of CrossFit become popular from the early 2000s.