The authentic Allen 1938 under repair at the shop 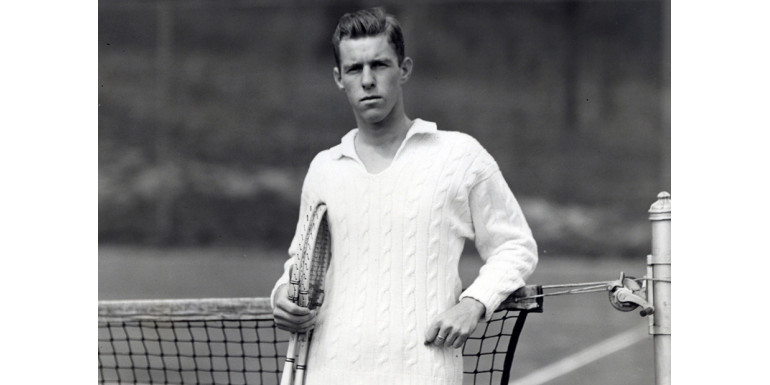 A special football was recently repaired at the store, due to its rarity and its historical burden. A man from Paris of a rather advanced age but with an intact passion came one morning with his 1930s leather soccer ball under his arm. And not just any ball, an "Allen", the official ball for the 1938 World Cup, the third edition of the now most prestigious international football competition which took place in France from June 4 to 19, 1938. A tournament won for the second time by the defending team, Italy of Giuseppe Meazza. 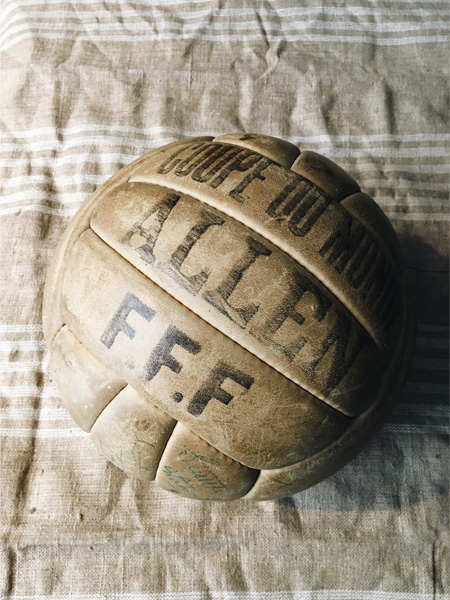 Signed by the players of the France team of the time, this copy bears the words "Allen FFF World Cup" on one side, and "Only ball approved by FIFA for all World Cup matches" on the other. It was originally made by the "Maison Allen" on the side of rue Étienne-Marcel in the center of the french capital with 13 hand-sewn leather panels and closed without a lace. Which made it a modern balloon for the time. It's not without a certain happiness that we have given shape and life to this authentic collector's item, witness to the history of sport. If you have pieces of this type to restore, originally made at the beginning of the twentieth century, go to 8 rue des Canettes too! 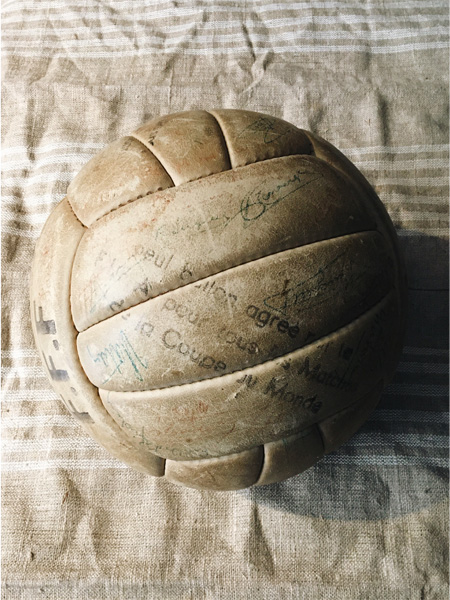