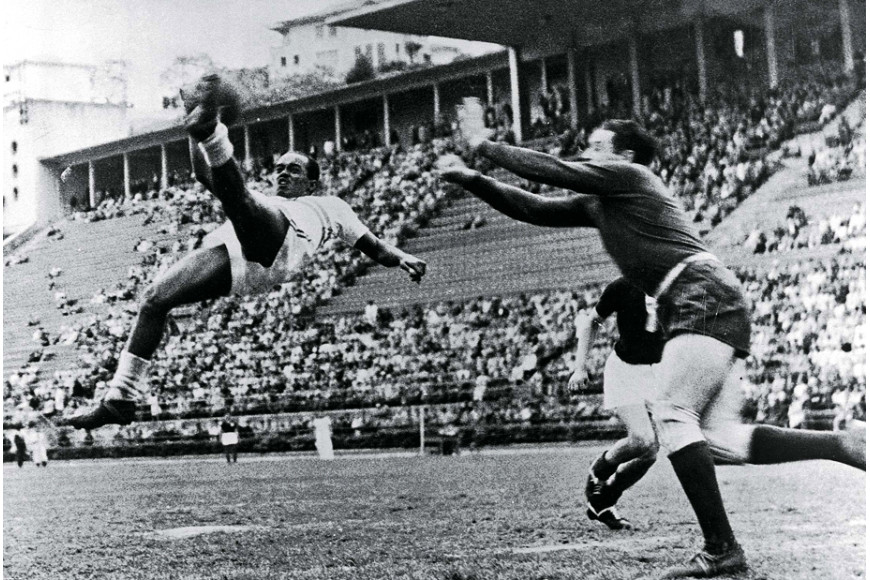 The third FIFA World Cup in history is organized by France, after Uruguay and Italy, with 15 teams at the start of the competition, including one from Brazil, where there is an attacker on behalf of King from ancient Greece, pioneer of a tradition of whimsical carioca scorers, who will shine by his talent and delight the French public: Leônidas.

After a failed World Cup 1934, the Seleção is again in Europe better armed and more seasoned. His entry into the tournament takes place on 5 June in Strasbourg against Poland, for a match that will remain in the annals of football for being one of the most prolific goals in the history of the World Cup. In the rain and mud of the Meinau stadium, Brazilians in white jersey win 6 goals to 5. After 2 first goals, Leônidas Da Silva scored the winning goal in extra socks, his leather boot nailed crampons remained stuck in the Alsatian turf become field of potatoes. First act! The second part of the "Leónidas show" takes place during the next match, which takes place at Parc Lescure in Bordeaux on June 12th. 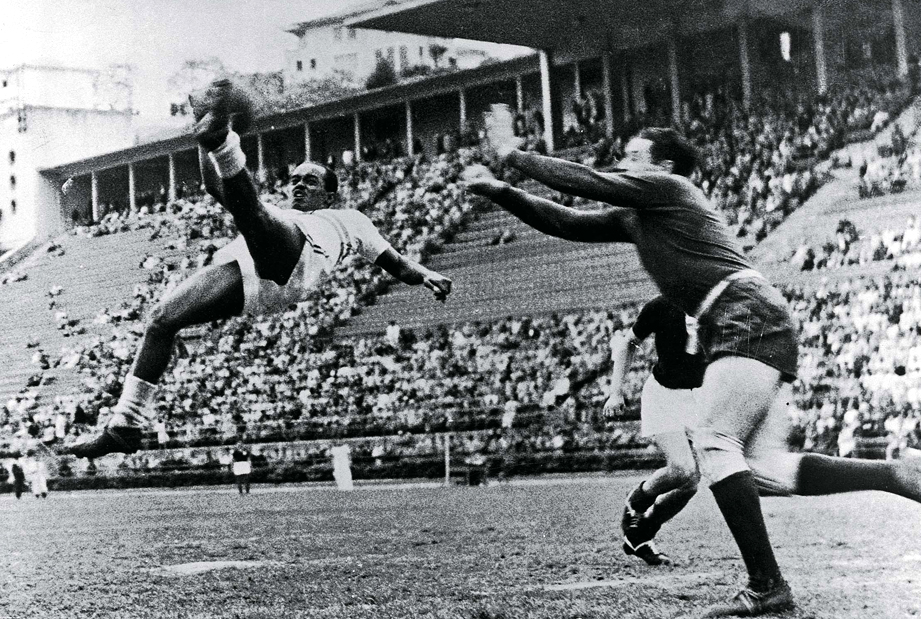 The "bicicleta" of the carioca striker during the Brazil-Czechoslovakia match of the 1938 World Cup.

The meeting pits the South Americans against Czechoslovakia, another team known at the time for its spectacular game. It will finally be nicknamed "The Battle of Bordeaux" because of the violence that is expressed there. Two Czechoslovakians suffer from fractures at the end of a game that players from each side do not finish, including Leônidas, injured before the end of extra time after scoring in the 30th minute. But before going out, the "Black Diamond" gratified the Bordeaux audience with an unprecedented acrobatic gesture at the time in European football: a returned chisel, also called bicycle, Chalaca or Chilean. Newspapers and radios only remember that. The match being replayed because of the final score of 1 everywhere and the non-existence of penalties on goal in case of a tie, the star of this French World Cup will make two new appearances on the lawn of the Municipal Stadium of Bordeaux with the match of ranking for third place against Sweden. Two games in which he scored 3 goals to bring his total to 7 and finish top scorer of the competition. Fast, skilful and endowed with an exceptional endurance, this small size is also a great seducer. He will sign lucrative advertising contracts and lead a tumultuous life upon his return to Rio before joining São Paulo F.C. a few years later. With Leônidas, the fame of samba football and its prodigious gestures was in progress. Follow Adémir, unfortunate in 1950, then Pelé, Garrincha or Jairzinho who will win the first three stars for Brazil in 1958, 1962 and 1970. 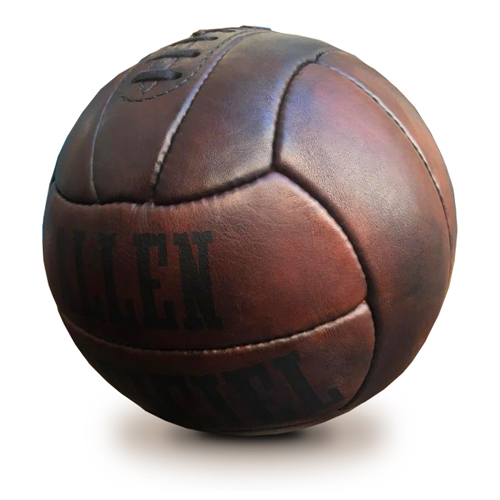 The leather Allen 13-panel football is the official football of the 1938 World Cup in France.