Considered one of the best players of all time, Alfredo Di Stéfano marked his era, the 1950s of the great Real Madrid with which he played for 11 years and won the European Cup of Champions Clubs by 5 times in 1956, 1957, 1958, 1959 and 1960. Leader talented with a vision of the game and a tactical sense out of the ordinary, he is a complete player whose some of his peers affirm that he is the greatest of all.

In the national team, the striker had 2 jerseys, that of Argentina in the late 1940s before being naturalized Spanish and evolve in red between 1957 and 1961. With his country of origin, he made his debut at Copa America 1947 in Ecuador. A competition that the Albiceleste dominates largely including 6 goals of the native of Buenos Aires whose a hat-trick in the match against Colombia on December 18 at Estadio George Capwell of Guayaquil. John Woodbridge wanted to immortalize this moment through an original creation made from a rare snapshot of Di Stéfano at the beginning of his career, before the worldwide notoriety of the "Real Galactics", with Ferenc Puskás and Raymond Kopa. As a tribute to the player who has marked the history of his country(s) and his sport. Silkprinted in limited series in Paris on a paper Aquapaper 195 grams. 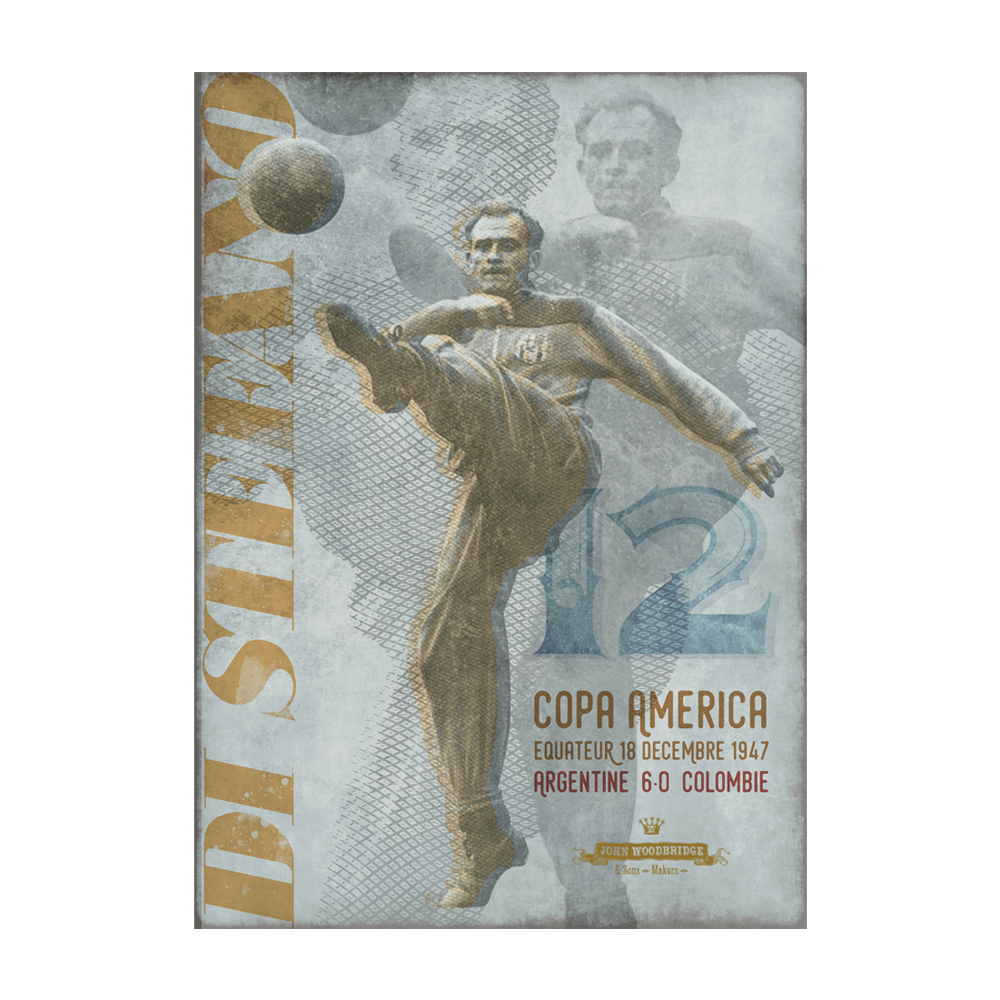