The basketball ball of pioneers 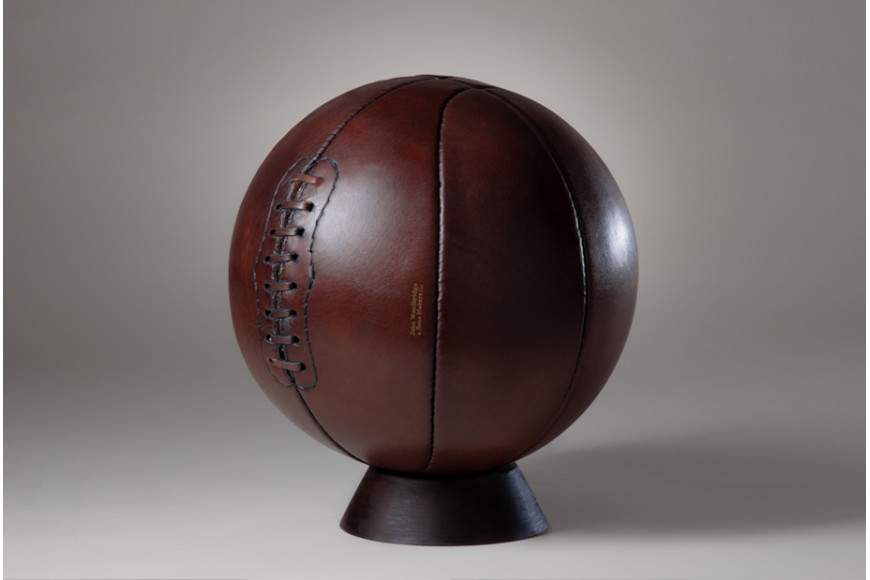 When James Naismith, the physical education teacher at the School for Christian Workers in Springfield, Massachusetts, first had his students play basketball at the end of the nineteenth century, it was with a soccer ball and two peach baskets at both ends of the school gymnasium.

There was then Spalding and the appearance of the ball specifically dedicated to the rebound game, 8 stitched leather panels, with a rubber bladder, for a weight of just over 500 g and a circumference of 32 inches (81.28 cm), about 4 inches bigger than a soccer ball football. Its design was simple since then, with 4 symmetrical parts on both sides of the axis that was originally lacing. Laces that will be removed in 1937, at the time of the innovations in the air-chambers that also note for footballs. And for better visibility, the first orange basketball was born in 1957. 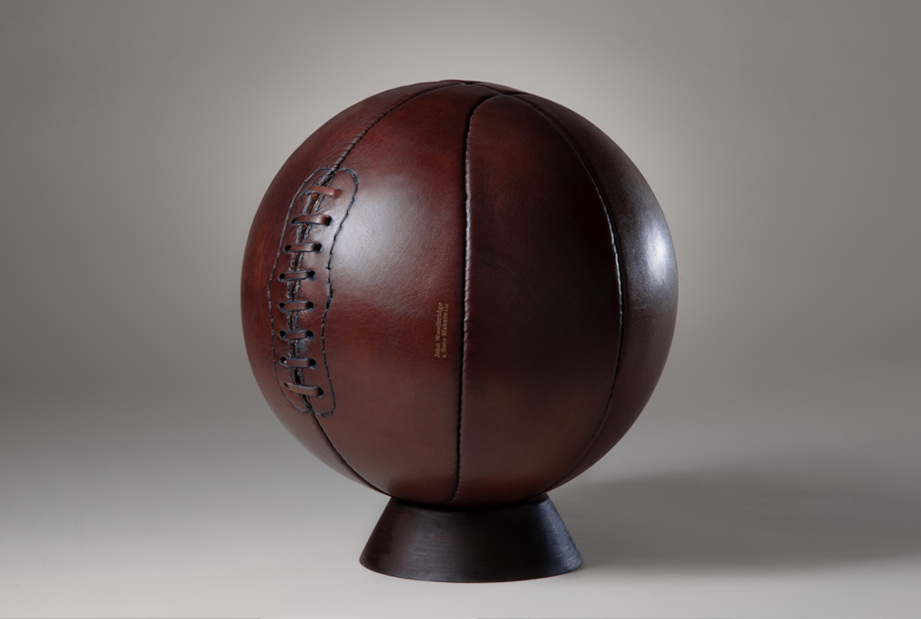 With his leather ball patinated by hand and the authentic style of which he alone has the secret, John Woodbridge pays tribute to the aesthetics of these early basketballs of the early 1900s. Its iconic 8-piece design has remained almost unchanged since. the time of the pioneers, of Chuck Taylor the creator of Converse who was one of the first stars of basketball and which brought his sport into a new era.