Japan, the archipelago where rugby has been played for more than 150 years 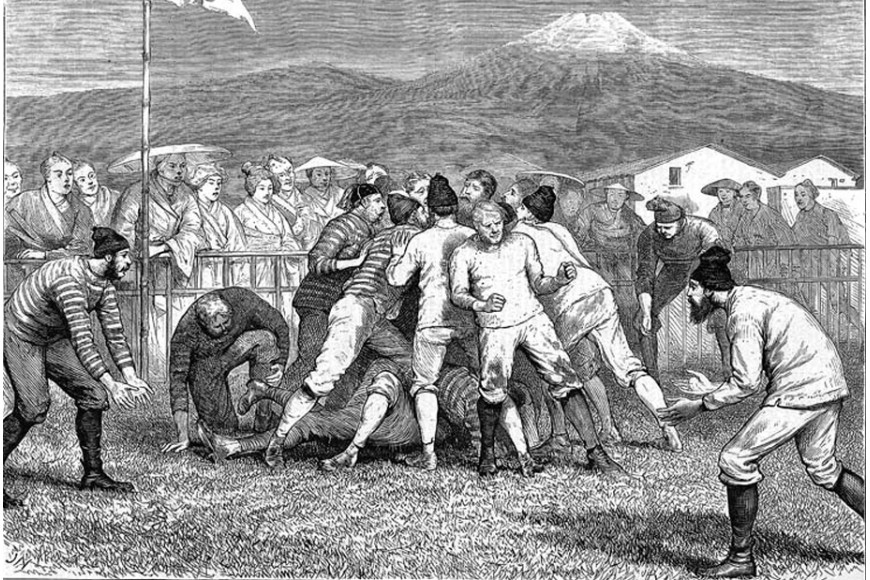 The 2019 Rugby World Cup, which opens in Tokyo on September 20, is set to highlight a Japanese rugby that may seem nascent in light of the results of the national team that has never managed to reach the level of rugby. historic nations. But despite what one might think, rugby would be played in Japan for a long time in France, South Africa and New Zealand, which would make the Empire of the rising sun one of the first pioneers of the balloon oval.

If we refer to an illustration published in the English weekly The Graphic of April 10, 1874, whose caption reads "A football match at Yokohama, Japan", the game of Rugby football - ancestor of the two sports - would have been practiced on the archipelago at least 145 years ago! The drawing depicts men from two teams, one in the striped jersey, one in white, in a game scene that looks very much like a maul action as we know it today, with a player from each side of the team. watch for the extraction of the ball in the manner of half a scrum. All on a stadium where stands a pennant at the end of a bamboo pole indicating the anagram "YFC", Yokohama Football Club inititiales, in front of the audience of a public in traditional Japanese clothes and with in decor the mount Fuji. 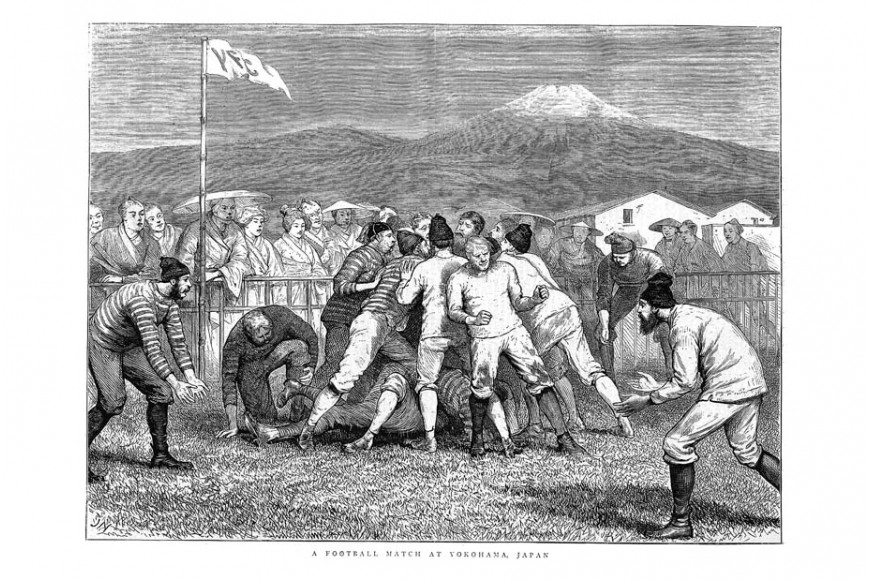 Rugby at the foot of Mount Fuji, in The Graphic published in 1874.

Located south of Tokyo, Yokohama is like Kobe one of the first ports to open to the merchant world in the middle of the nineteenth century. According to the Japan Times, the English newspaper of Japan, the foundation of the Yokahama Football Club dates back to 1866. Historically, many British soldiers and officers were present at the time in the port city following the diplomatic incident of Namamugi in 1862. They also import cricket, which will not have the same success in Japan as in India . Rugby afterwards remains a sport practiced in the universities, the club Keiō founded under the leadership of Edward Clarke and Tanaka Ginnosuke - a former student of Cambridge - is one of the oldest in the world. The Japanese Rugby Union was born in 1926, with a first match of the national team that ended in a victory against Canada 9 to 8 in 1932. The Brave Blossoms will sign in the modern era one of the most This was a great achievement in the history of the sport, beating the Springboks in 1995 at the 2015 World Cup in England. Will the 2019 edition be that of the best nation on the Asian continent? Reply in 3 months. 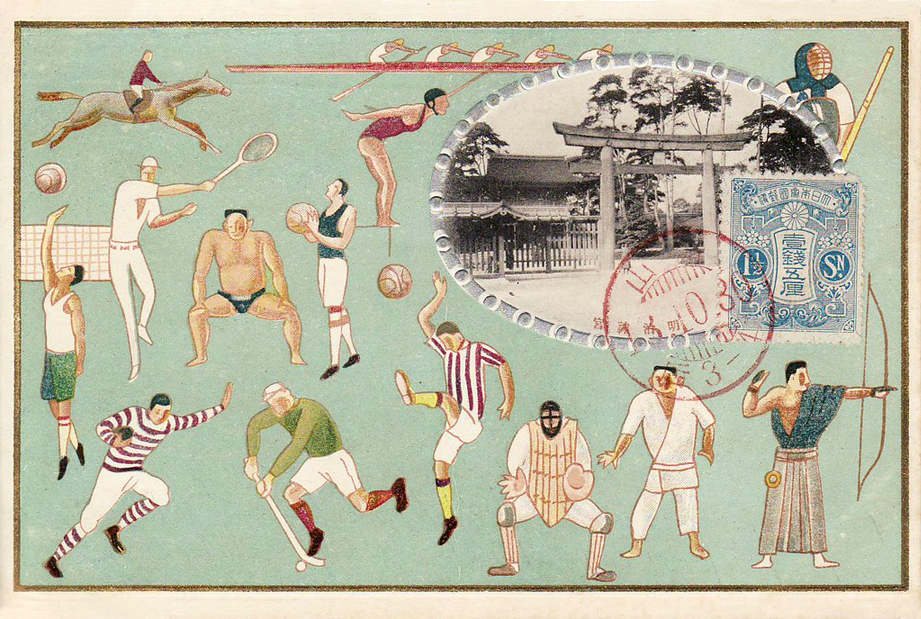 Postcard from 1924 stamped in 1930 depicting the practice of traditional Japanese and Western sports including rugby in the red and white colors of Brave Blossoms.