The 49 rounds of Joe Jeannette and Sam McVea 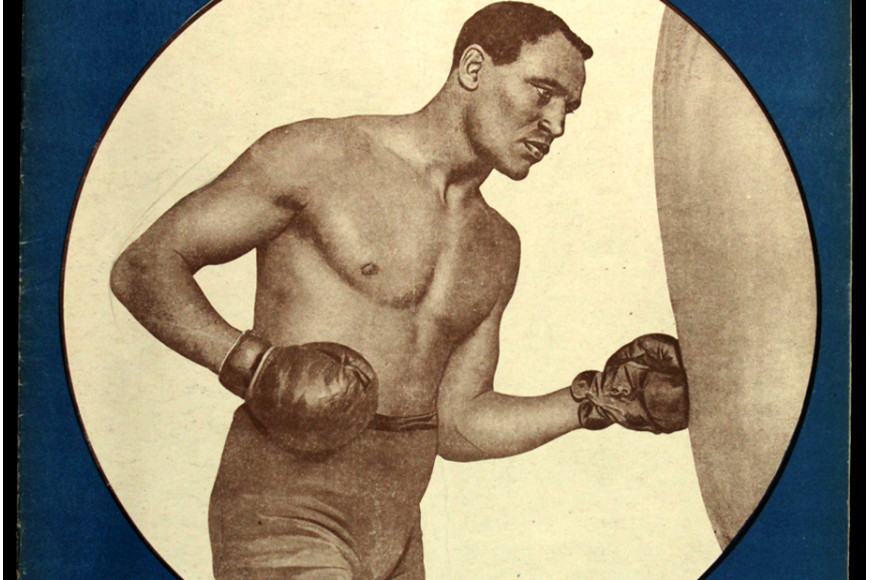 This is the longest boxing fight of the twentieth century, more than two and a half hours of a pugilistic marathon played in no less than 49 rounds of 3 minutes in which Joe Jeannette goes to the floor 27 times under the blows of Sam McVea before winning the victory by technical KO. At the end of the effort, violence and oxygen.

On April 17, 1909 in Paris, Jeannette confronts McVea for the title of "world colored champion", white and black boxers could at that time compete in all divisions except heavyweight, the most prestigious category. We are at this time only a few months after the fight where Jack Johnson became the first black heavyweight world champion after putting KO Tommy Burns in Sydney. 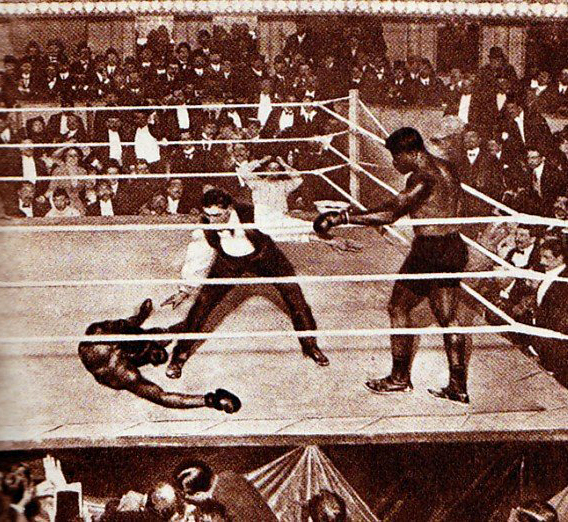 One of the rare clichés of the duel for a scene that will happen more than twenty times, McVea send Jeannette to the floor.

A native of New Jersey, Jeannette is a stocky boxer 1m78, considered in the early 1900s as one of the best of his generation. His style is defensive, his strikes surgical. Jack Johnson, whom he confronts several times, will say that he is the hardest man he has ever had to fight. In the other corner, Sam McVey (also known as McVey) is also a boxer of quite small size for the category, coming from the South of the United States, who use to fight against the top of black boxers of his time. Its strong point: brute force. It's at the Cirque de Paris, in front of 2500 spectators that takes place this match worthy of the "munera" in the ancient times of the Romans. In the first 17 rounds, McVey send Jeanette 21 times to the floor, which is almost counted KO in the sixteenth after an uppercut to his jaw. But courage, endurance, resilience and also oxygen balloons that he inhales several times, helped Joe who managed to reverse the steam in a second wind. With puffy eyes and a face mutilated by repeated beatings and the brutality of an endless fight, McVey is forced to give up after 49 rounds. How long would this epic face to face have lasted? Until the death of one of the two gladiators like at the Colosseum of Rome? 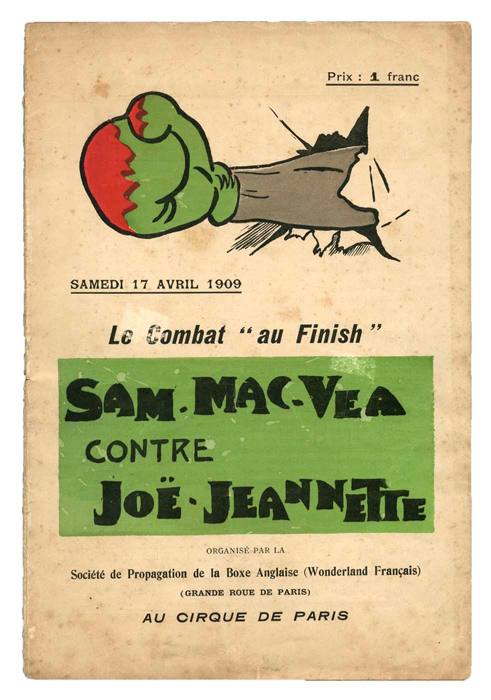 The 1 franc program of legendary fight. 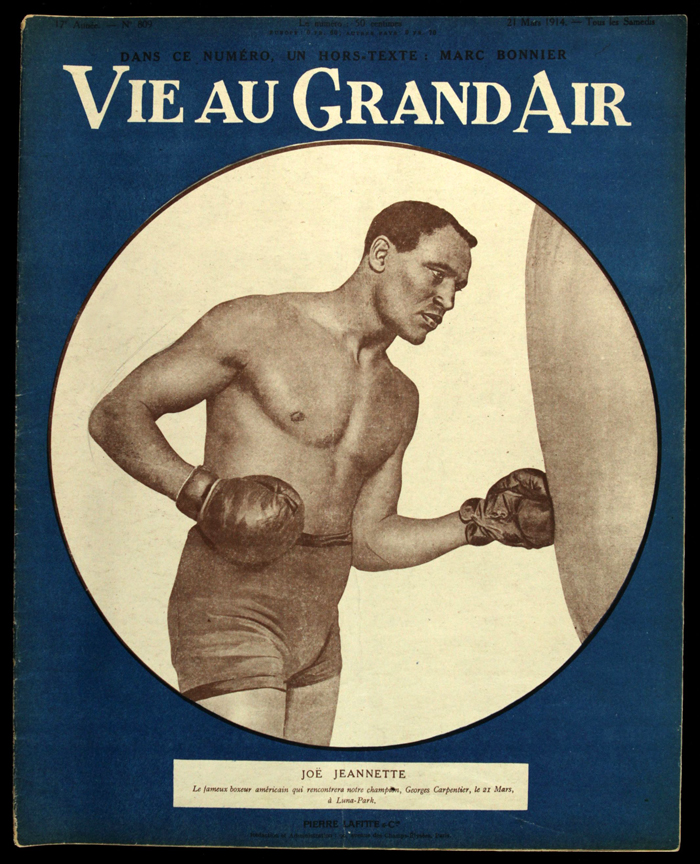 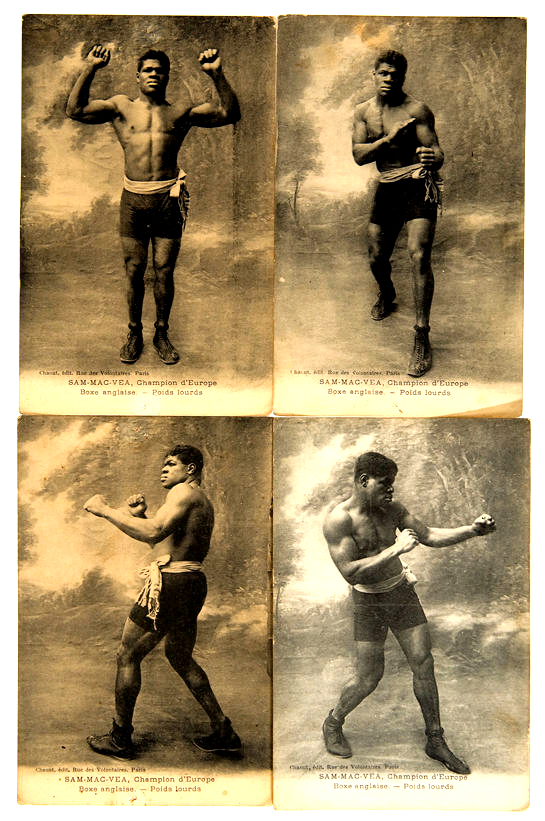 Despite many subsequent challenges send by Jeannette, Johnson never agreed to meet him for the title he will retain until 1915, the African-American community much blamed him for that and Joe Jeannette himself accused the "Galveston Giant" of treachery to his people. The World Colored Heavyweight Championship continued until the 1930s.