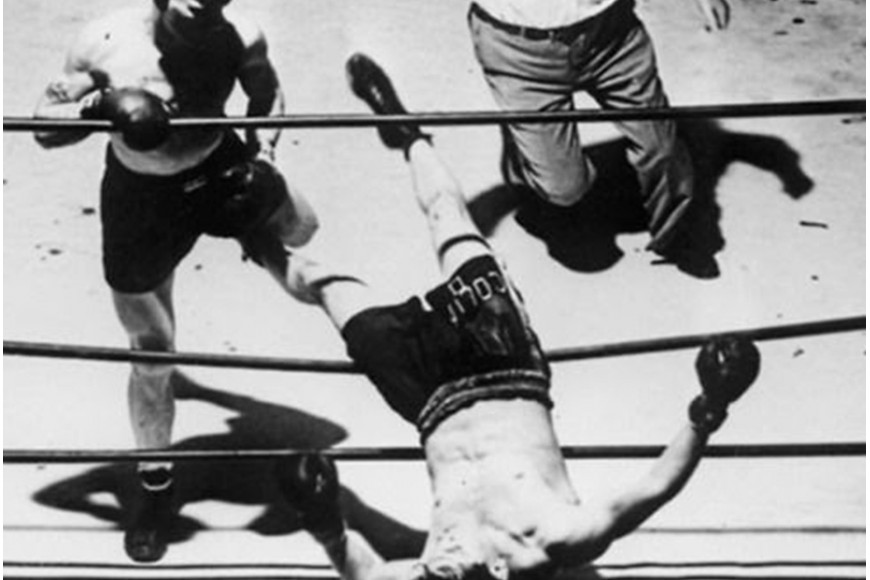 The "Firpo", the Salvadoran football club of the city of Usulután, was founded in 1923. It's named after an Argentine boxer from the 1920s who, that year, nearly defeated the great Jack Dempsey at the time. A famous fight for the title of world champion heavyweight during which the Tiger of Manassa waltzed outside the ropes.

Defending champion for 4 years and his victory over Jess Willard in July 1919, Dempsey must face in 1923 one of the best boxers of the moment, the first South American to play the title in the category queen, the Argentinean Luis Ángel Firpo, said "El Toro Salvaje de las Pampas". The fight between the two punchers is scheduled for September 14, 1923 at the Polo Grounds in New York.

At first, the two men seek the knockout. As soon as the gong sounds, "Kid Blackie" throws himself violently at the assault of Firpo, who dodges and sends the world champion to the ground of a powerful right. Kneeling on the ground, Dempsey gets up and takes over by dropping Firpo 7 times. The 80000 spectators are standing. In turn, the challenger then managed to corner Dempsey in the ropes. He then strikes her with a new chin right that projects Manassa's Tiger out of the ring into the front rank of the reporters. He falls heavily head first on a typewriter that cuts the back of the skull. Reassembled with the help of the reporters, the world champion holds until the end of this first furious rally and sits in his corner, groggy. With gigfles, water and boosts of ammonium salts, the creator of the "Dempsey Roll" regains his spirits to take the lead in the second round. Flickering on his legs, the Argentine suffers from left hooks and falls an eighth time and a ninth, the last. KO on the back, the wild bull of the pampa is defeated in an intense fight that lasted only 4 minutes. 4 minutes during which the star, the champion who seemed invincible almost made his title.

This fight marks the spirits and will later enter the list of classics of noble art. Both men become icons of the 1920s that go beyond boxing. Dempsey retains his title until 1926 thanks to Gene Tunney and can be considered the first star of world boxing. Luis Firpo, meanwhile, will never be world champion but a true idol in Argentina and in Latin American countries, until Usulután in El Salvador where is founded the year of the fight the local football club, Club Deportivo Luis Ángel Firpo, who takes the name of the boxer, and adopts the blue and red colors of the club Club Atlético San Lorenzo of Almagro that he supports. 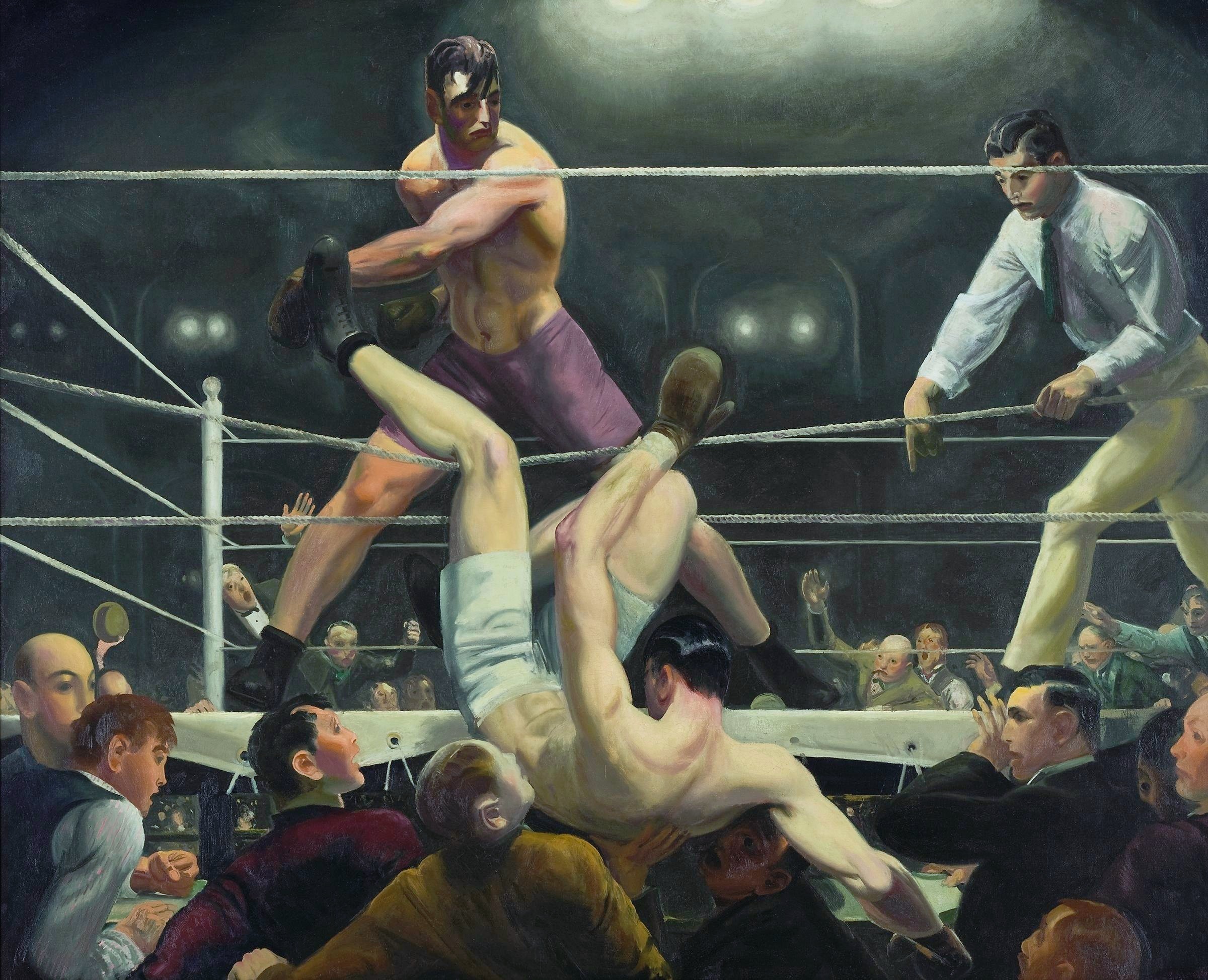 The famous American painter George Bellows has immortalized the ring ejection scene in a realistic 1924 painting entitled "Dempsey and Firpo" and exhibited at the Whitney Museum in Manhattan.