In the early 1920s in the United States, in the "Hoosier Hysteria" times, the basketball fever that gripped Indiana during those years to never leave her, a team more than hit the headlines, is became a national myth by winning the high school and university championships. This team is that of Franklin High School and Franklin College, the "Franklin Wonder Five".

There are traditionally US zones for each of the most popular sports: New York and baseball, Minesotta and ice hockey, Southern States or Ohio and American football. In 1925, James Naismith, the famous gym teacher from Spingfield College in Massachusetts who is considered the inventor of basketball, goes to the Indiana University Championship final and discovers in a gymnasium filled with 15,000 white-hot spectators. furious passion of this Midwestern state for basketball. This enthusiasm, at the origin of the historical culture of the state for the ball to the basket took the name of "Hoosier Hysteria", Hoosiers designating in English the natives of Indiana.

A phenomenon is born

Five years earlier, coached by Ernest Wagner, Griz said, a squad of 8 students is gearing up for the Indiana State Basketball Championship, the high school championship. Most of them play together since childhood and know each other very well on and off the field. On their jersey, the FHS F, Franklin High School. Their leader, Robert "Fuzzy" Vandivier, who will be designated "All-State" 3 years in a row and in the top of the best players in the country during this period by the press. The first game of the regular season takes place November 7, 1919. On the floor, the inexperienced players of Center Grove do not make the weight against the five of Franklin, already well prowled and perfectly prepared for the competition, which imposes on the score is 60 to 8. The rest of the series is a series of victories with a regular audience of 1000 to 2000 spectators. Anderson, Bedford, Columbus, Hopewell, Rushville, Shelbyville, Spiceland, Tipton ... at home and away, with the exception of one loss to Martinsville, Franklin wins against all his opponents and finishes champion 1920. The line-up led by the offensive pair Robert Vandivier-Paul White is formidable. Other players are Burl Friddle, Ralph Hicks, Sima Comer, Johnny Gant, Harold Borden and Pete Keeling. All accomplished athletes and gentlemen converses with the feet, which express collective automatisms quasi instictive that they developed with the time and a group cohesion with all the tests. In 1921 and 1922, the team reiterated its feat, becoming the first team to win the title 3 times in a row with a record record of 104 wins for 10 defeats in 3 seasons. Successes punctuated by scenes of jubilant Franklin and a third final disputed in front of 12,000 spectators. 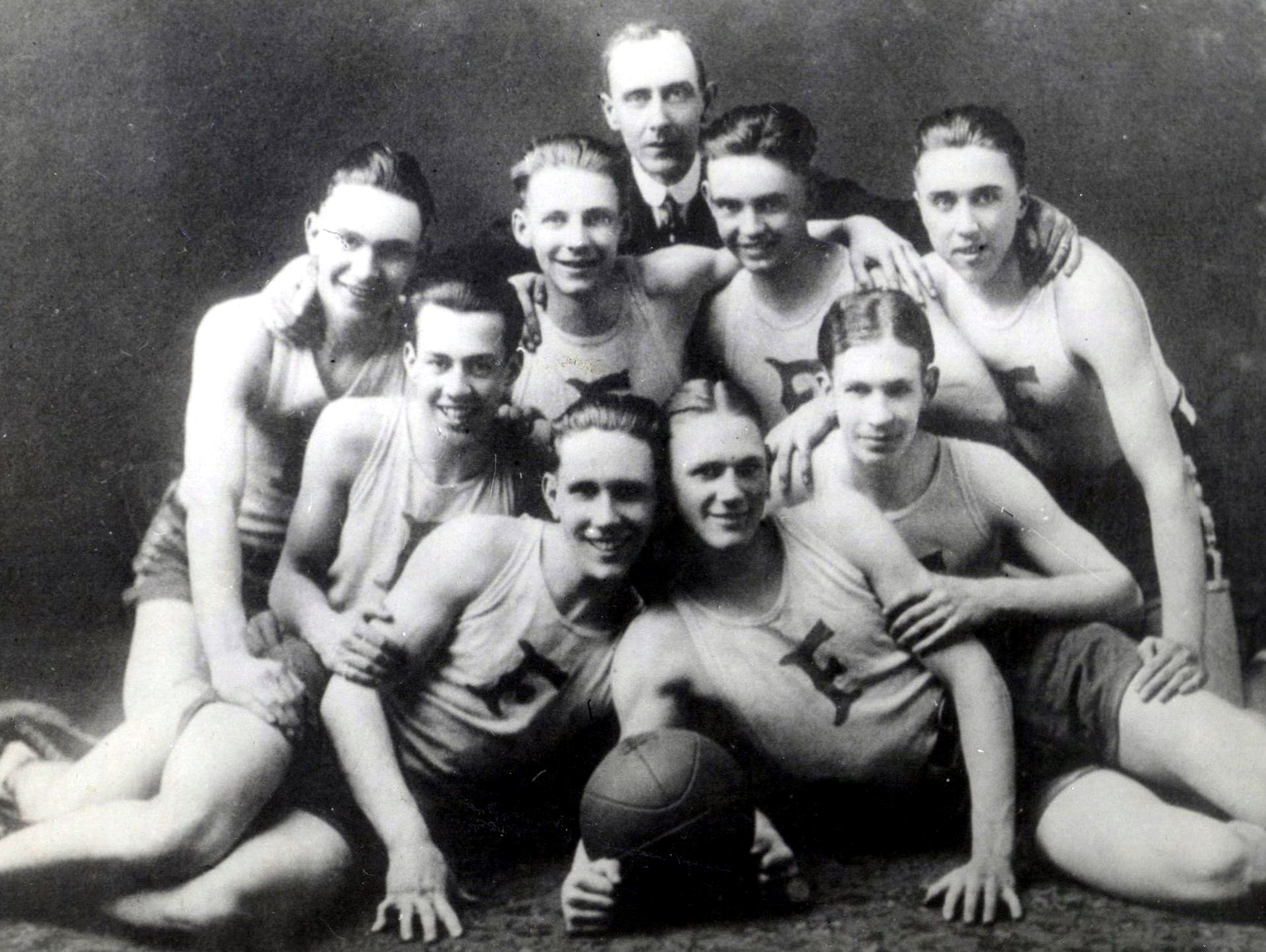 The squad of 1922 with Fuzzy Vandivier at the bottom left and coach Robert "Griz" Wagner at the top.

The following year, for their first year of college, most players from 1920, 1921 and 1922 followed Wagner to Franklin College to compete in the university championship. Winners of the Indiana championship and the National Championship they conclude undefeated, this season is the most beautiful of all for the Franklin boys. It was not until February 1924 that the Franklin Wonder Five era college suffered its first defeat, against Butler. The end of an impressive series of 50 wins that does not preclude a new Indiana title. A match offer is made by the New York Celtics, the best team in the world at that time, which will be denied by Griz Wagner, the players having finished the season exhausted.

If it's unclear exactly when the nickname Franklin Wonder Five was first pronounced, when in the winter of 1926 he played his last game and made history, the Wonder Five is already part of the legend. From a local star, the team has become a national phenomenon that is in the news and inspires younger generations. Part of the American dream that everyone by his work and his courage can succeed, as modest as it is initially. A modern adaptation of David's fight against Goliath. And since that golden age, the sports teams of Franklin College have adopted the Grizzli as an emblem, in tribute to the "nickname" of the historic coach Ernest Wagner. 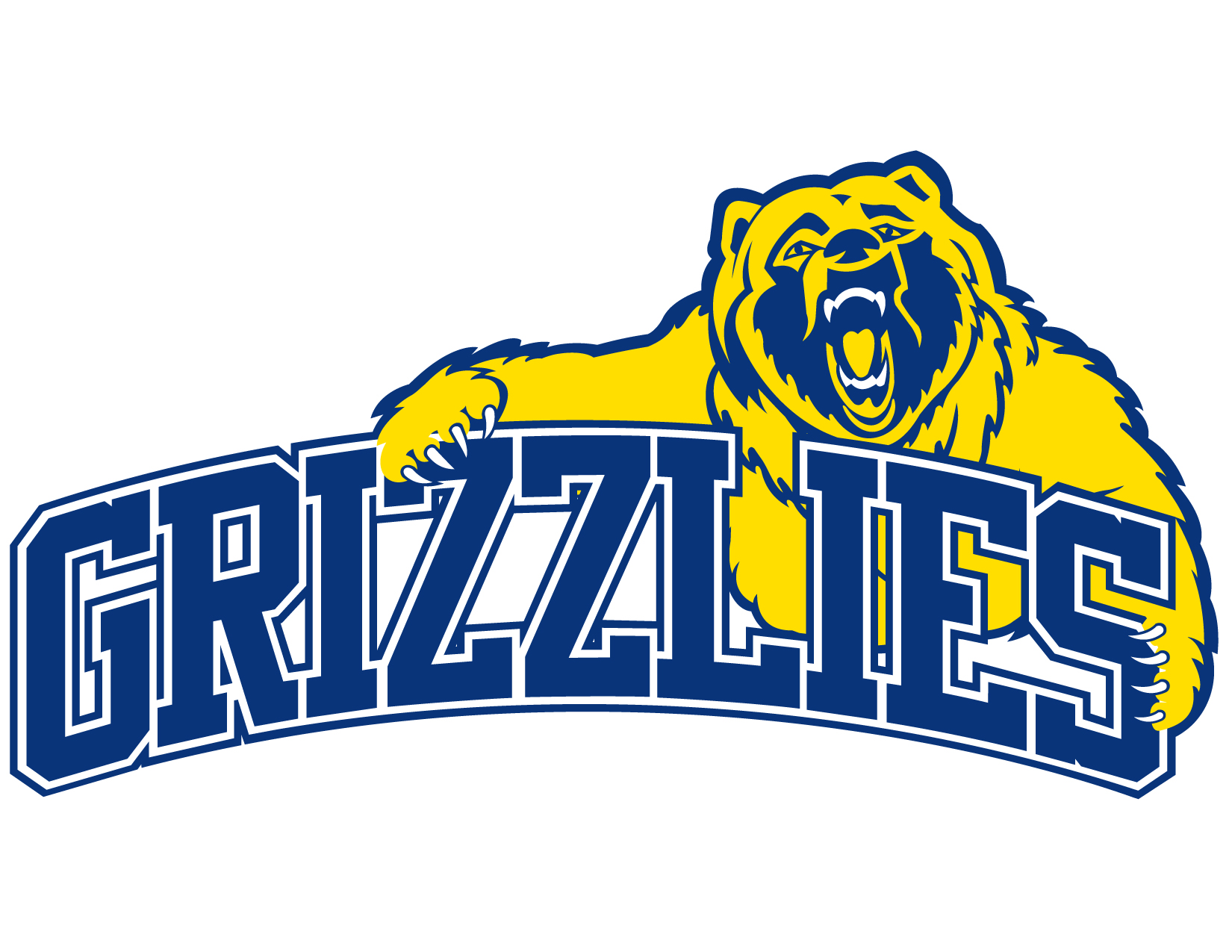 The logo of all the sports teams of the FC: the colors yellow and blue and a grizzly bear, reference to Griz Wagner.