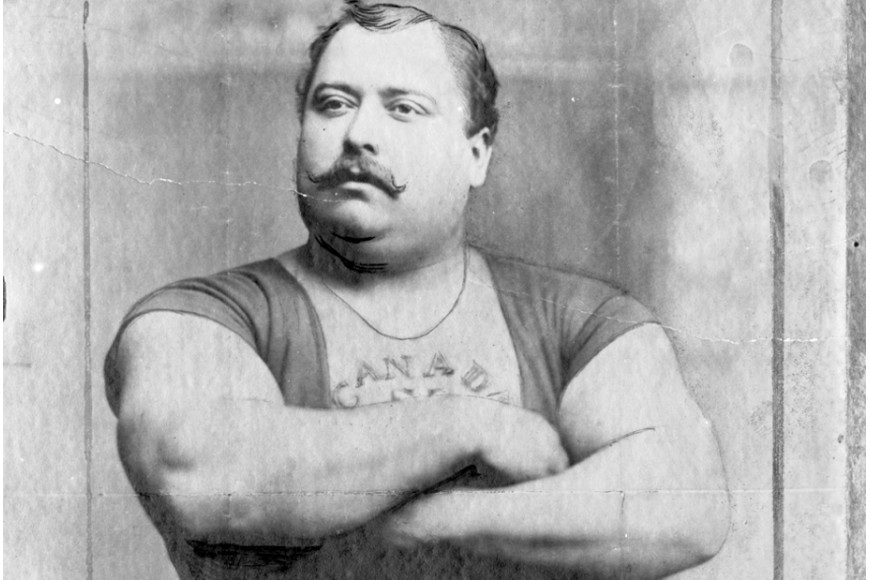 Since its inception, strong men have always fascinated Canada, the country of loggers and farmers, where physical strength is sacralized as the first quality for survival and success in the New World and its harsh winter climate. Wonders of superhuman strength, North America in the late nineteenth century a popular show with its stars, the precursors of superheroes who will be born in the comics in the United States a few years later. Among the phenomena of the time, a Quebecer stands out by his abilities even more extraordinary than others to establish records still unmatched today. This man, or rather this titan, is Louis Cyr, "the strongest man in the world," a true legend immortalized in bronze in Montreal. 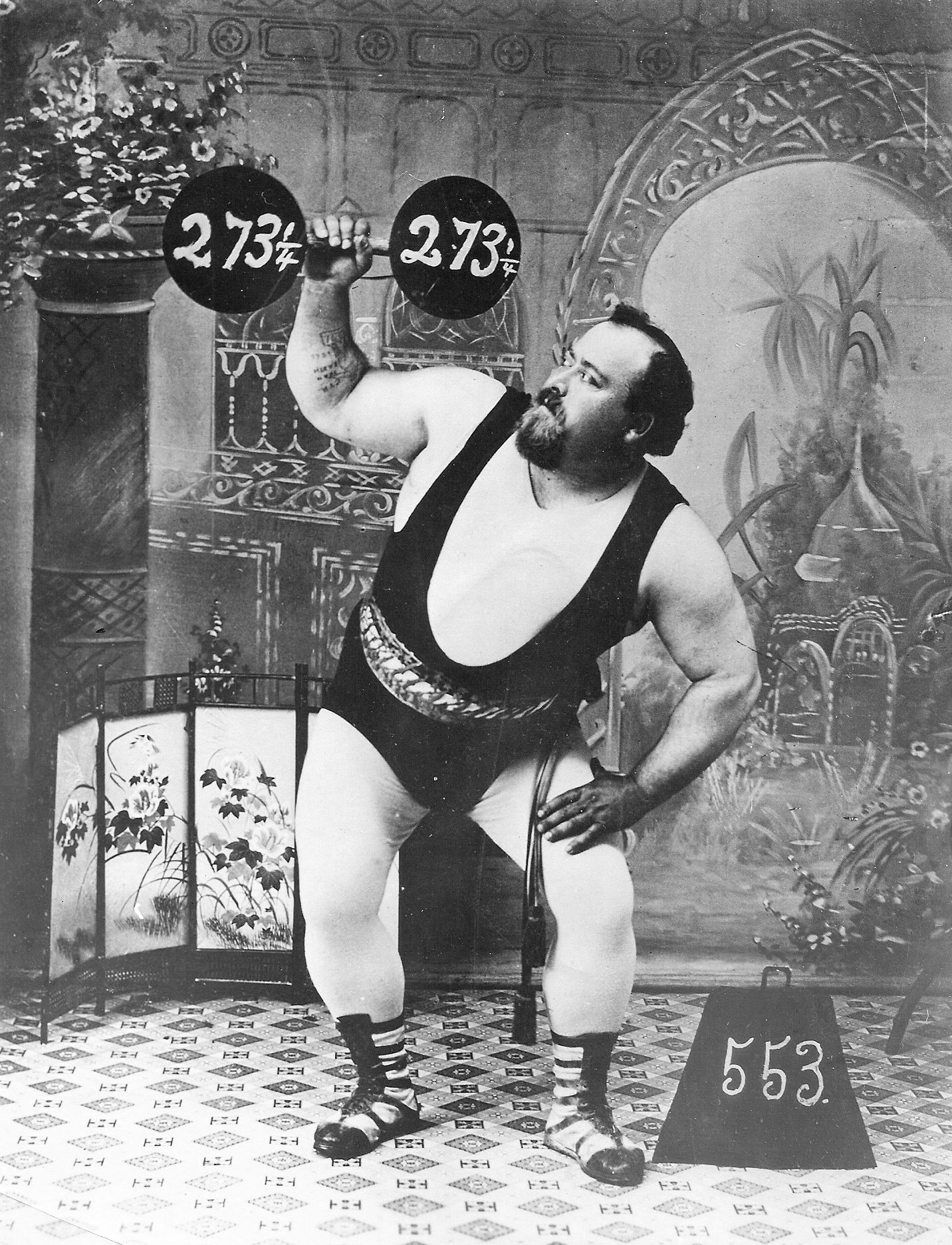 Louis Cyr, the Canadian Hercules, raises a 273-pound dumbbell above his head with one hand.

1 meter 78, 145 kilos of muscle and fat, thighs "like tree trunks", the native of the small town of Saint-Cyprien-de-Napierville south of Montreal is from adolescence a physical monster that Displays on the scale already over 100 pounds at the age of 17 years. A woodcutter by profession, he is known for strong men competitions, a type of weightlifting contest that involves lifting the heaviest weights, and sets up his own shows to tour Canada and then the United States. where he becomes even more popular than in his country at the time. One time, the Acadian of origin who has French descent with a grandfather from Flanders, has been the keeper of a tavern in Montreal where he assures himself the role of beast of fair. His fame then leads him to Europe. In London, he performs wonders that are beyond comprehension, such as lifting in the same representation, with a single finger 559 pounds (253.59 kg), with his back a platform of 4092 pounds (1856.10 kg) on which is about twenty men and one hand above his head a dumbbell of 273 pounds (123.83 kg). Another performance that will make the reputation of the French Canadian, the feat of retaining 4 horses that pull at the same time ropes in 4 different directions. Where it occurs, Louis Cyr is feared by his opponents, who sometimes give up even before the start of competitions. And it was at the end of the 1890s in a circus that he helped to create and which spins throughout North America that the Canadian Hercules with the mustache obtains the undisputed qualifier at the time of the strongest man in the world, the "Strongest Man on Earth" posters that announce his shows.

After his death in 1912, Louis Cyr remains in the history as a hero of Quebec folklore who pays tribute to him with an imposing statue in Montreal. The tradition of strong men in the Belle Province will continue to this day with the festival Festi-Force Louis-Cyr which is held every year in Saint-Jean-de-Matha, the city where he rests and he is not It is astonishing that the biography film dedicated to him by director Daniel Roby made a box of entries in theaters when it was released in 2013.