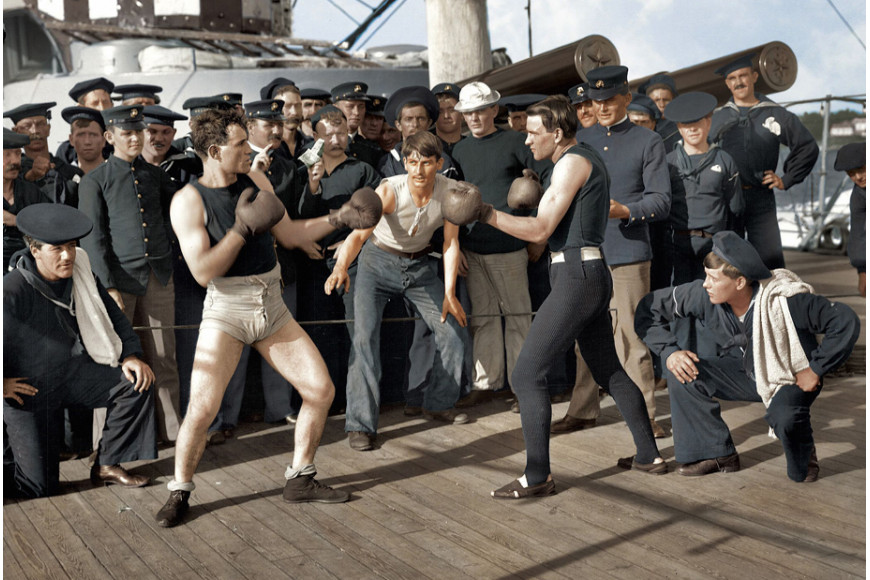 This boxing at the sea photograph originally dated from the late nineteenth century was recently restored and colorized by the American artist Ryan Urban.

Taken on July 3, 1899 aboard USS New York, a US Navy battleship cruiser, she captures the scene of two young sailors participating in a 10-round boxing bout on the deck of the boat in front of other members of the uniformed crew on the first anniversary of a major battle in which he was participating a year earlier in Caribbean seas. Engaged in the American-American War declared in April 1898, the ship left the port of Fort Monroe for Cuba and Puerto Rico and then participated under the command of Admiral William T. Sampson July 3, 1898, at the Battle of Santiago de Cuba decisive in the final success of the US Army. An old-fashioned game, with leather boxing gloves trimmed with horsehair, boxing at the time of John Woodbridge. 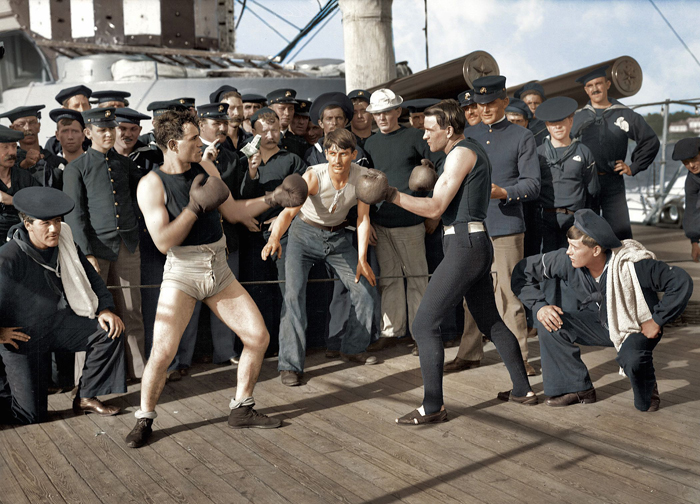