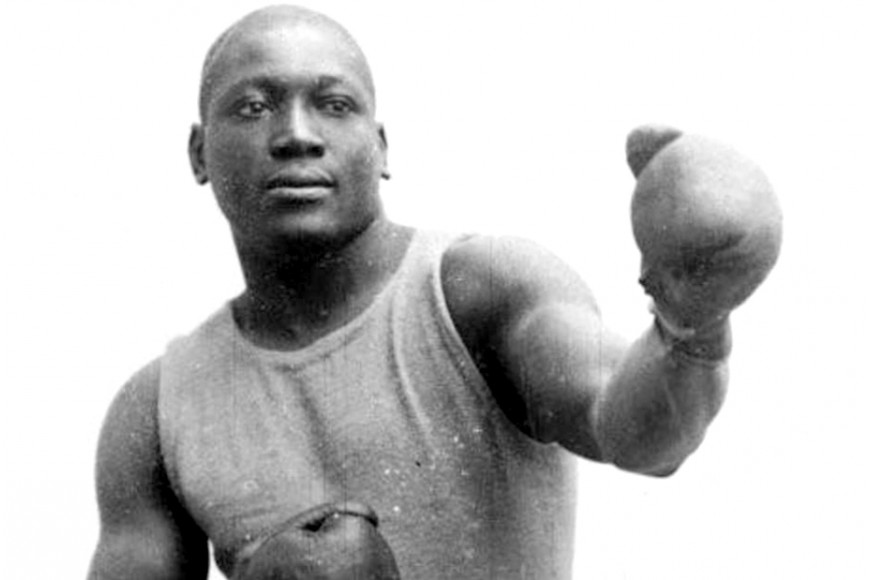 Before his namesake Hawaiian musician-surfer who had international success in the early 2000s, there was Jack Johnson the boxer. Inspired by Mohamed Ali, among others, the Gavelston Giant is a true legend of noble art and African-American history, a symbol as the first Black to become, in 1908, world champion of the queen category, to a time when there was a competition in heavyweight for "colored" boxers. Donald Trump posthumously pardoned him in 2018 for a conviction he had been in 1913. His crime? To be married to a white woman.

Having won the Colored Heavyweight Championship title since 1903 and his success on Ed Martin, Jack Johnson suffered a first refusal from James J. Jeffries, the world champion since 1899, who refused to take up his challenge for discriminatory reasons. in force at the time. A few months later, a Canadian, Tommy Burns, accepts for the first time to put his crown at stake in the most prestigious category against black boxer. Forbidden in the United States, the fight is scheduled in Australia, at Rushcutter's Bay Stadium in Sydney, December 26, 1908. Burns, whose real name is Noah Brusso, is a small fighter compared to 1m92 Johnson, one of the smallest and lightweight heavyweight champions in the history of modern boxing with his 1m70 and not quite 80kg. It is by a technical KO that the fight is stopped at the 14th time. Jack Johnson goes down in history as the first-ever Black to win the most coveted boxing title in the world. 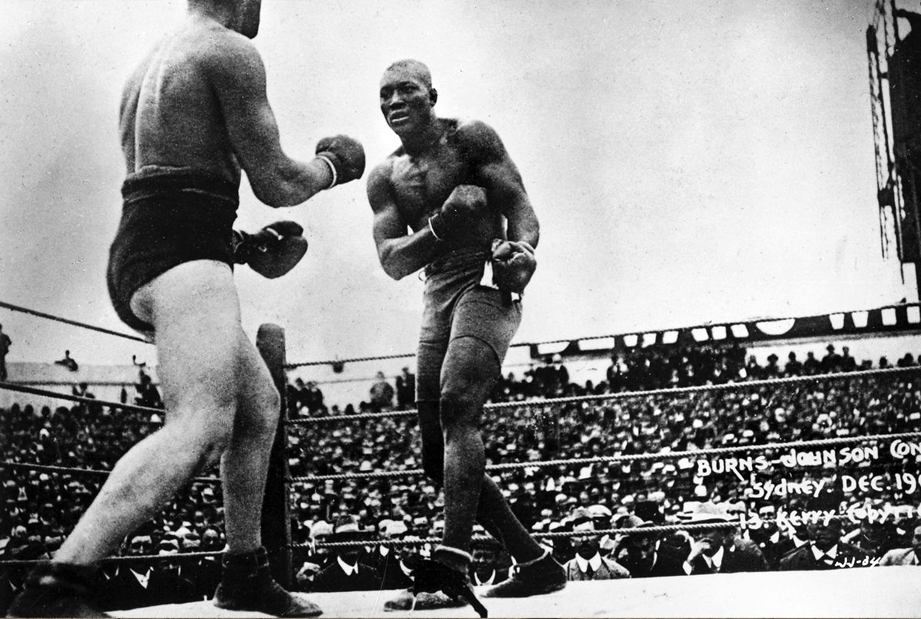 But this victory is not to the taste of everyone in the United States, for the proponents of a segregationist model as for some members of his community. Especially since Johnson leads a great train life with an arrogance of perfect new rich that stirs up tensions. The public is looking for a champion to reclaim the Grail and push James J. Jeffries, who retired undefeated, to unstick the gloves in 1910 for a duel called "fight of the century". In Reno, in the Nevada Desert, in the ring at the center of a hostile room and under hate slogans, Johnson humiliates Jeffries who abandons after 15 rounds, and pockets $ 60000.

With his fiery temperament, the giant would not deprive himself of finally being able to fully live the American dream, like any free man. It must be said that the "Gantston Giant" was born in 1878 in Texas into a family of former slaves. Become a superstar, he multiplies extravagances and provocations by showing off money, custom clothing and luxury cars. And he who had previously been married to a black woman will commit an offense punishable by imprisonment at the time, that of marrying Lucille Cameron, a White. Sentenced, he exiled to Montreal at first by posing as a player of a baseball team, then in France. For 7 years, the couple lived in Europe, South America and Mexico before returning to the US in 1920, where the former boxer served a sentence of almost 1 year. He died at the age of 68 in a car accident in North Carolina, furious after a highway restaurant refused to serve him. 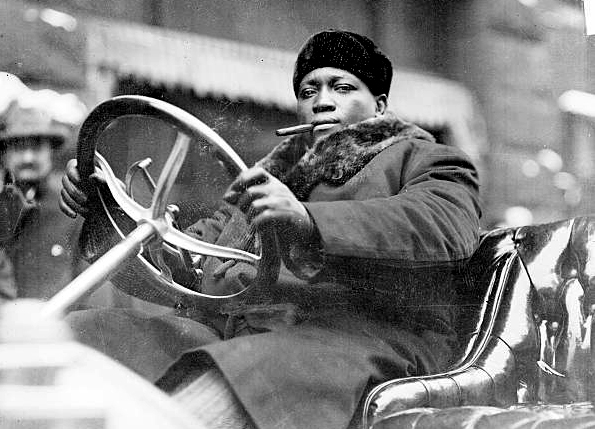 Living his celebrity "at the American-style" by collecting luxury cars, Johnson also opened a restaurant-disco in 1912, foil and in his image: the "Black and Fire".

During his fight against Jerry Quarry in 1970, Muhammad Ali harassed his opponent with "Jack Johnson is here, is here! "As a provocation to each of his keys, to say how much the 1908-1915 world champion counted for the" Greatest "in the construction of his own legend. Following requests made by the boxer's family under Bush and Obama - who did not seize the opportunity at the time to perform this symbolic act, which he was much reproached for - it was after being convinced by Sylvester Stallone that the 45th President of the United States has definitely rehabilitated him by granting him the presidential pardon in April 2018 with a ceremony at the White House in the presence of Deontay Wilder, Lennox Lewis and the interpreter of Rocky Balboa.