Soldiers' footballs and Poilu's Park, the origin of the rise of football in France
05/12/2019

If historians do not all agree on the real existence of the "No Man's Land" football match between English and German soldiers on the Belgian front during the Christmas truce in 1914 - a legend or a truth which has given rise to the construction by FIFA of a memorial in the village of Ploegsteert - sport in its modern forms has indeed experienced a boom in the daily life of the fighters of the trenches of the Great War, which was the opportunity for many Hairy to discover for the first time the game round developed on the other side of the Channel.

Coming from the four corners of France, the more than 8 million Poilus mobilized throughout the First World War are mostly from the peasant world. A world where the new sports born of the industrial revolution were at the time almost non-existent, and are practiced mainly in the cities, by the workers at the foot of factories or in the ports where the British officers land. In the immeasurable ordeal of this new type of combat, the war of positions, the soldiers quickly need, beyond the lack of food and the care they suffer, to physically converse and maintain themselves psychologically. In the autumn of 1914, young officers decided to organize football games at the rear of the front, similar to what the British Army did. Through the operation "soldier's balloons", "leathers" are sent to the troops by the newspaper L'Auto, the daily organizer of the Tour de France since 1903, which will later become L'Équipe. By its simplicity, the practice of football quickly becomes the most popular in the regiments and enthusiasts the Hairy who find a way to escape the anguish and immobility morbid of their daily lives. 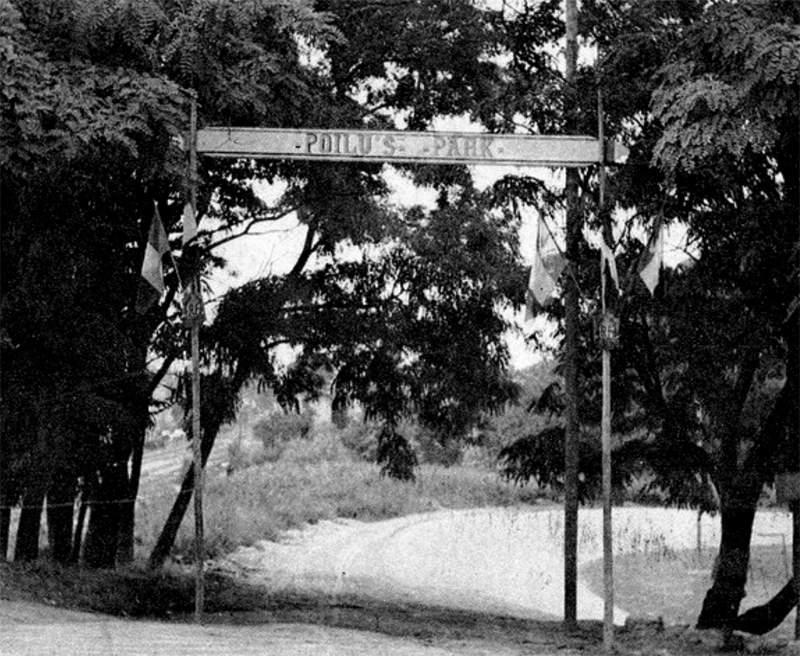 The entrance to Poilu's Park, which was about forty kilometers south of Verdun in the Velodrome de Commercy.

In the "red zone", near Verdun in the Meuse, where the fighting raged, under the impulse of the doctor Pierre Louis Rehm and General Cordonnier is imagined a place of leisure and entertainment to maintain the morale of the soldiers . In reference to the Luna Park of the Porte Maillot in Paris, "Poilu's Park" was born in the summer of 1915 in the velodrome of the city of Commercy with the program sports and music hall shows. Hundreds of French and English servicemen can attend football and rugby matches, as well as boxing, cycling and Olympic type events such as gymnastics, athletics, weightlifting or fencing. . On the pitch, an international football France-England is organized at the end of July with a victory 1 to 0 of the Poilus Tommies. In 1917, the American Sammies will enter the scene, also importing their local sports, such as basketball and baseball.

Thus, in the armistice, the surviving heroes of the Great War brought back to their village the practice of ballooning and that many clubs were born in the early 1920s.

Cover of the sports magazine La Vie au Grand Air of December 15, 1916 with an illustration of French goalkeeper soldier holding a leather football in the snow, in front of a cage consisting of rifles and the tricolor flag.