In his December 08, 1906 issue, the sports journal La Vie au Grand Air taught the art of defending against the bad "apache stuff" that could occur in the street, by applying some principles of boxing and free wrestling. Healthy advice at a time when a fight could surprise the ordinary walker as the sportsman not warned, at night or in a desert corner.

Today in vogue, self defense, or self-defense in English, would have come to be called this term in England in the 17th century after Thomas Hobbes, the thinker of the right of the individual, theorized politically the defense of people and goods in his main work "Leviathan". The term "apaches" was used at this time to refer to the young thugs or gangs of criminals who raged in the Paris of the Belle Epoque. A nickname born in the press and borrowed from Native American imagery because of their sartorial style, with the newsboy cap, the crumpled shirt, the "apache" scarf, the use of the detent and their specific slang. 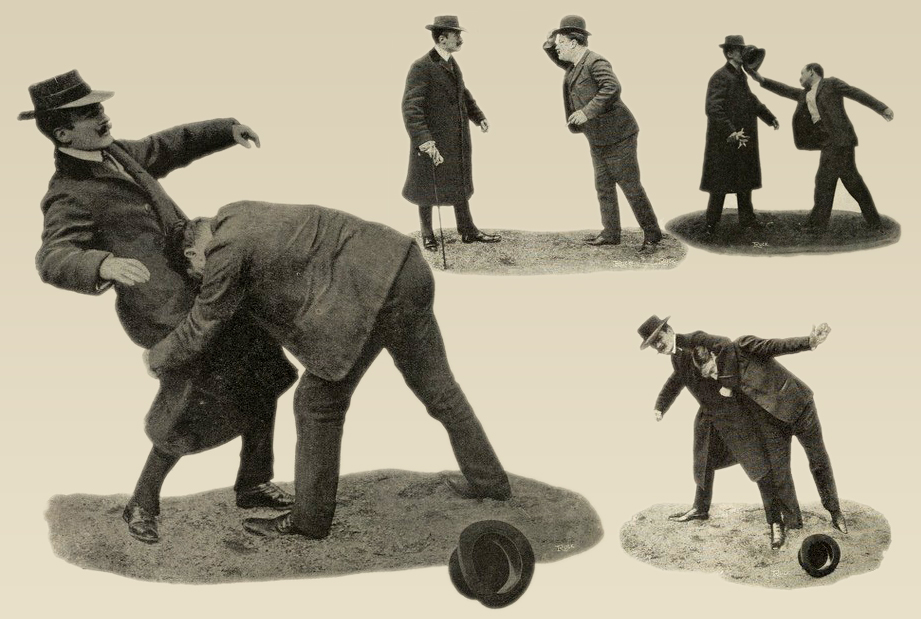 "Would you tell me ..." or "You would not have a little fire? the man asks. The author invites you to be wary "because the very polite man hits you with a hat in the face that stuns you" and then chained by a whim with legs gathering that throws you to the ground almost inevitably. The first parade at the whim is to grab the head of the "malandrin" under his arm by placing his foot on his, to tighten strongly and to strike from bottom to top. 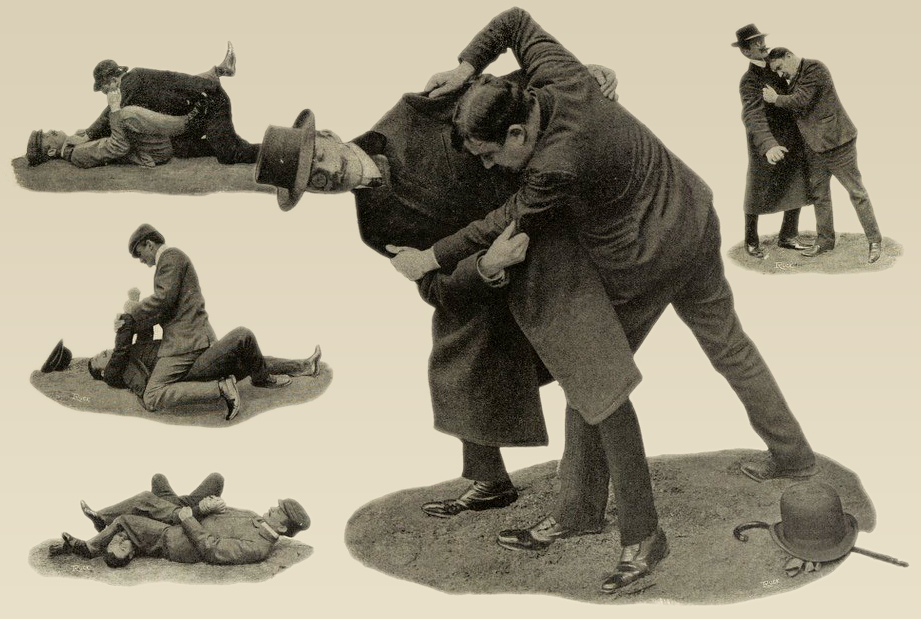 "The effect will be almost immediate". In case of projection on the ground, he indicates to surround with his legs the body of the opponent, to seize him an arm and a powerful blow of kidney to roll it on the side. As soon as he tries to strangle you or push you away with one arm, grab it and pivot it between his thighs and then fall backwards. You will still be arched by lifting the kidneys and holding your arm, which will be disarticulated. If you get a head shot in the face, accompanied by a clothes catch, dodge backwards by passing the leg to the aggressor. From a circular print you can then throw it on the ground and put it out of harm's way.