The hugely popular college sports in the United States is full of epic stories, like that of the Franklin Wonder Five which feeds the legend of basketball. In American football, among the wildest matches that have marked history, the "Snow Bowl", a duel which opposed at the end of November 1950 two rival teams from the Middle West, figured prominently. Crazy because cold. Under a snowstorm, on frozen ground and in front of more than 50,000 spectators, Michigan Wolverines and Ohio State Buckeyes vied for the title of champion of the Big Ten Conference, the oldest NCAA conference founded in 1896 that covers the North East of the United States.

Given the stakes, this meeting probably should not have been played with the Dantesque conditions which reigned that day on Ohio Stadium in Columbus as on a good part of the Midwest, paralyzed by a snowy blizzard at the end of autumn. The fact remains that 50,000 spectators are present in the icy terraces this Saturday, November 25, 1950, some having lit improvised braziers to warm themselves up. At a pre-game meeting, the two coaches do not want the game to be played but the package victory is not accepted by Ohio, favorite and at home, who does not intend to win without glory in this classic of the Great Lakes region which will later be considered by specialists as the greatest North American sporting rivalry.

The start of the game is given 2 hours and 20 minutes late, the tarps which protected the ground and which a part of the public helped to clear being covered with a thickness of more than 1 meter of snow. The temperature is close to 0, and the wind blows in gusts at 50 km / h. When the players enter the lawn, it is completely white and the lines of the game era are not visible. The match, of a low technical level with a lot of failures and escaped balls, was won by Michigan 9 to 3 despite 45 attempts to kick in total by the 2 teams, all the points being entered in the First 2 quarters. Made of the match, described as an exploit by the press, a "field goal" of 38 yards (about 35 meters) at the opening of the score signed by Victor Janowicz, the OSU halfback and future player of the Washington Redskins in the NFL, in the wind swirling and facing poles made almost invisible by the storm. 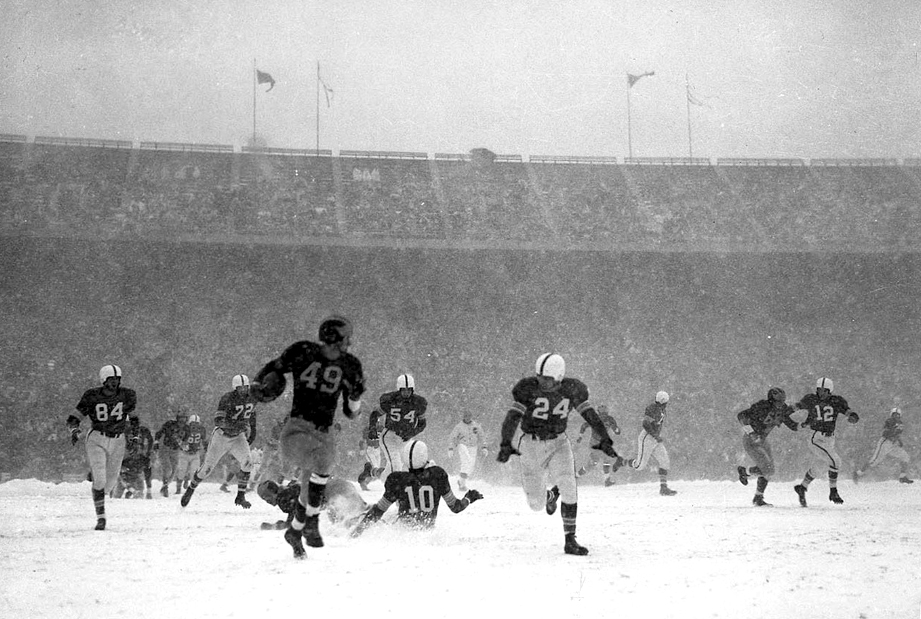 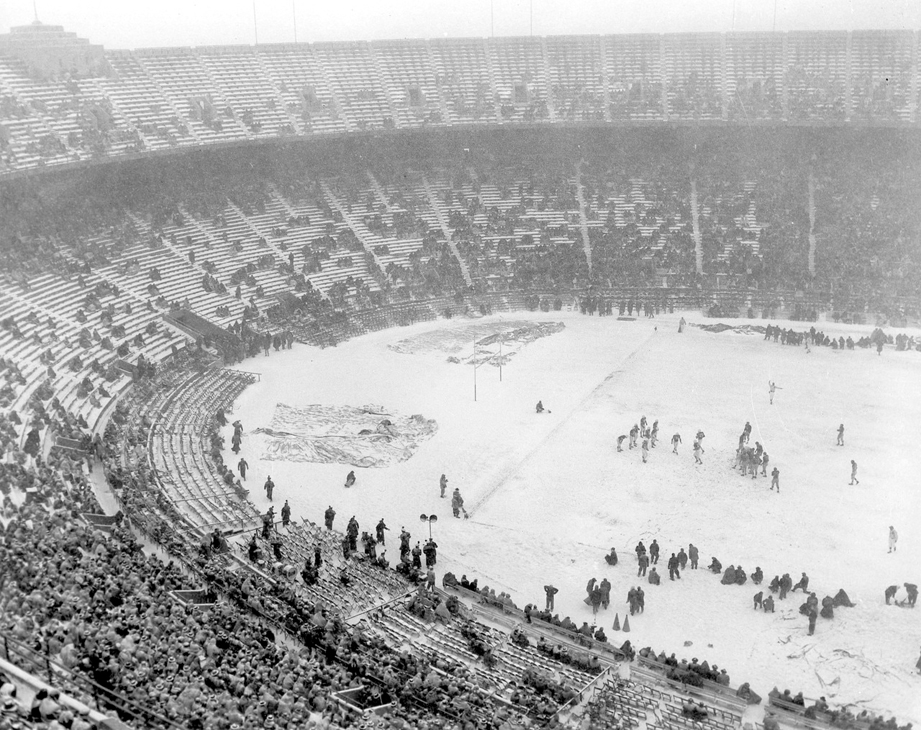 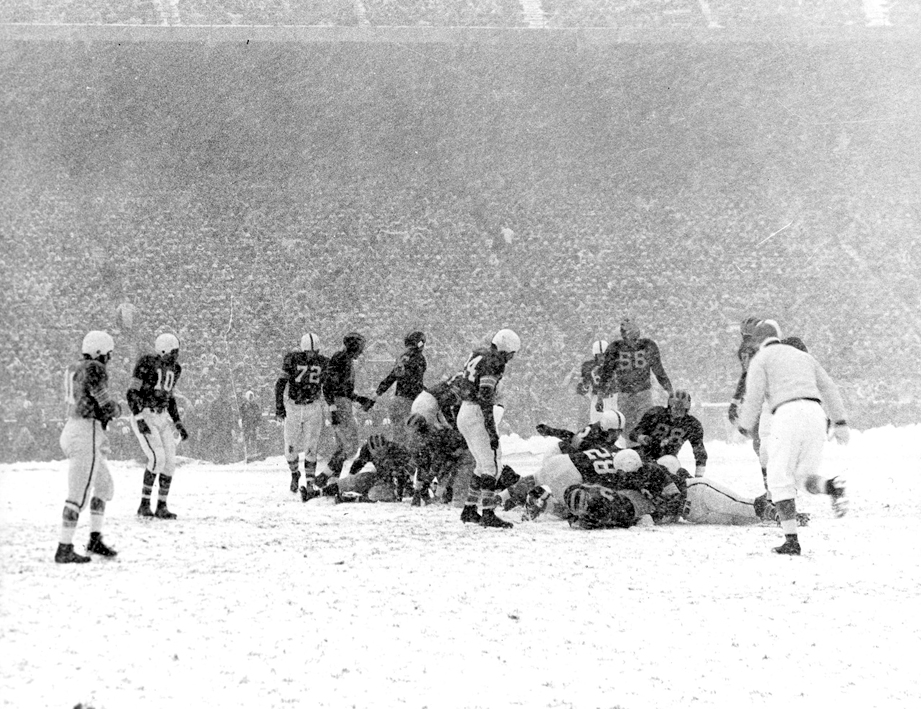 Michigan won its fourth consecutive title and the memory of this day would mark Ohio memories for a long time. In 1990 Vic Janowicz told the Ohio State Lantern:

« We lost the game. The cold only lasted a day. The defeat has lasted 40 years. »

Since then, there have been other famous games dubbed "Snow Bowl" or "Blizzard Bowl", such as that of NFL at Lambeau Field in Green Bay between the Packers and the Tampa Bay Buccaneers on December 1, 1985 or the most recent between the Buffalo Bills and the Indianapolis Colts played at Orchard Park in 2017 under a lake effect snow shower.