Heenan-Sayers, illegal fight at the beginnings of the world boxing championship 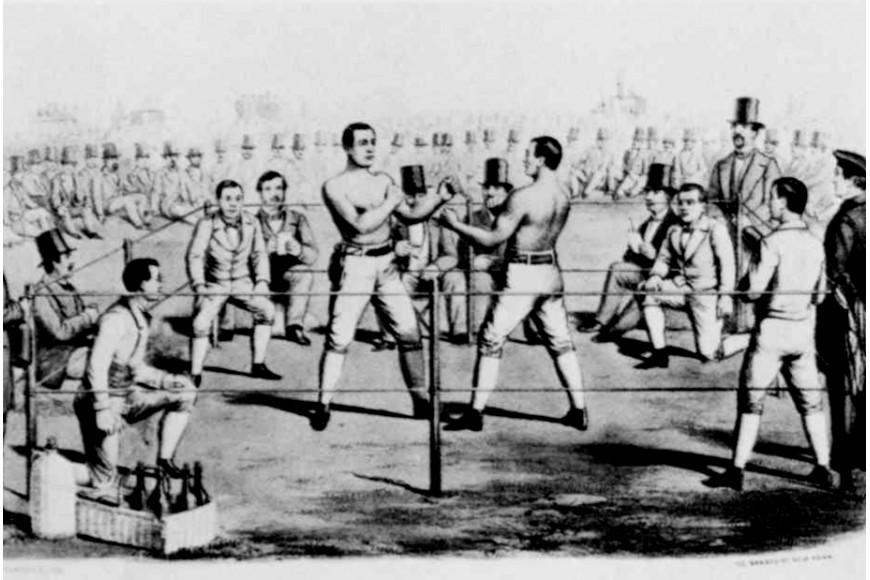 Following the first duel which led to a draw between the two heavyweights in 2018, the second fight took place on February 22 in Las Vegas between the American Deontay Wilder, reigning WBC world champion and Tyson Fury his English challenger. A meeting awaited by the entire boxing planet which ended in the 7th round with the victory of the "Gipsy King", who was making his comeback at the top of world boxing. More than 160 years ago, another fight between an American and a British is considered by Anglo-Saxon historians as the very first “contest” for a world title. He pitted Farnborough near London, Tom Sayers against John C. Heenan in a long and brutal bare-knuckle battle that became legendary.

A native of New York State, John Camel Heenan, 26, had acquired a solid reputation on the docks of San Francisco Bay where he had been unofficially inducted American champion. When he arrives in Liverpool to face Sayers, it is a kind of fever that spreads in factories and English pubs, while the country is in the midst of an industrial revolution. Tom Sayers is then the holder of the British heavyweight title. 34 years old, he is a small size of 1m73 qualified as a fine strategist and nicknamed the "Brighton Titch". It is an a priori unbalanced confrontation which the two combatants, Heenan 1m88, are going to engage in, dominating his opponent by 15 centimeters and potentially having more power and reach. Farnborough is a small town in Hampshire a few kilometers south of London. It is in a field that this fight, illegal at the time, the "Championship of England and America" ​​is clandestinely organized. At the dawn of April 17, a crowd of bourgeois in top hats invaded Waterloo station to converge on the place of the long-awaited jousting. The meadow around the ring became crowded with 12,000 spectators when the sun rises over the county and betting is going well. 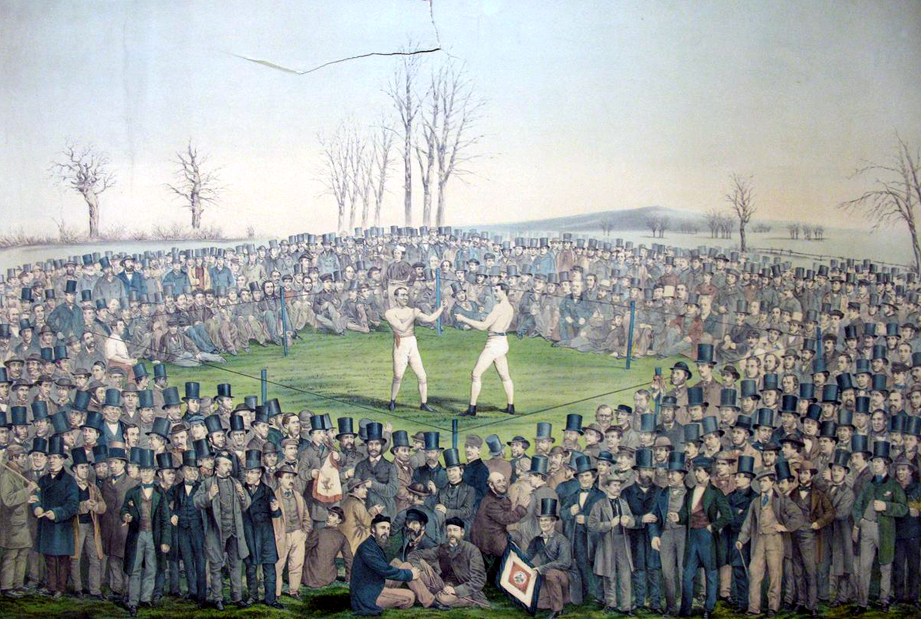 Lithography on paper. Sayers the little on the left, facing the tall Heenan in a rural decor.

With bare hands, pugilation lasts 2 hours and 27 minutes. 42 rounds of rare violence during which Sayers injured his forearm on the 7th recovery and Heenan his hand in the next. It was the police, armed with warrants, which interrupted the debates at the end of which the two boxers, disfigured by the blows, were declared tied. As with the first Wilder-Fury fight of 2018, it was with a draw that this first “Championship of England and America” ended, already at the time considered a world championship. It was the last match of Tom Sayers, who died 5 years later, accompanied by 30,000 at his funeral.