From round to American football 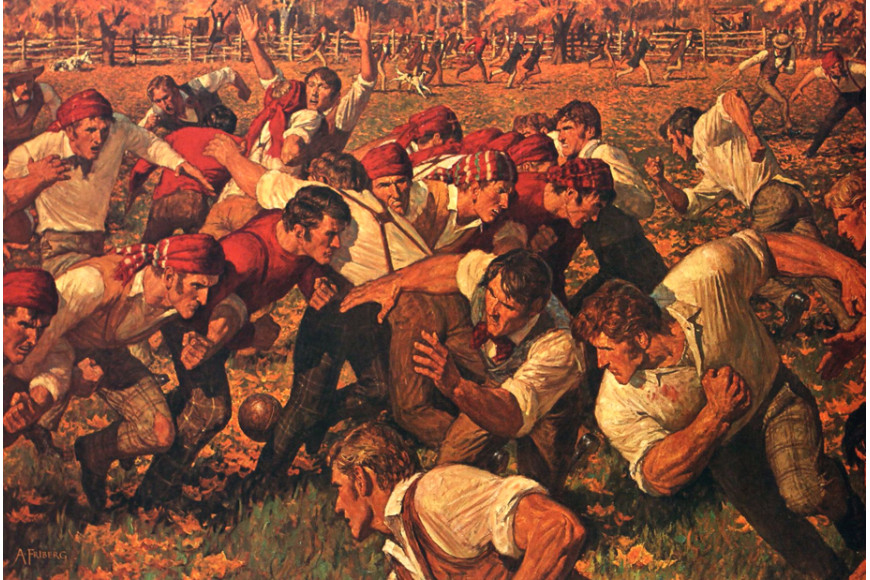 From round to oval, the American football is originally a round football which, passed through the rugby ball has been transformed by use to finally acquire its own design, the elongated ovoid that we know today.

American legend has it that the American football took the oval shape known for a long time during a very old match between the Rutgers Scarlet Knights and the Princeton Tigers (at the time Rutgers Queensmen and New Jersey Tigers) the very first university season in 1869, a meeting often regarded as that of the beginnings of American football. Tired of interrupting the game to re-inflate the ball, which was at the time a pig's bladder and which had a spherical shape, the players would have continued the game with the half deflated balloon, which had taken on the appearance of an oval. A match played under the old rules derived from football (soccer) - European - which won, for the record, the team of Rutgers, 6 to 4. A rugby ball was going to be used a little later in another match between student teams. 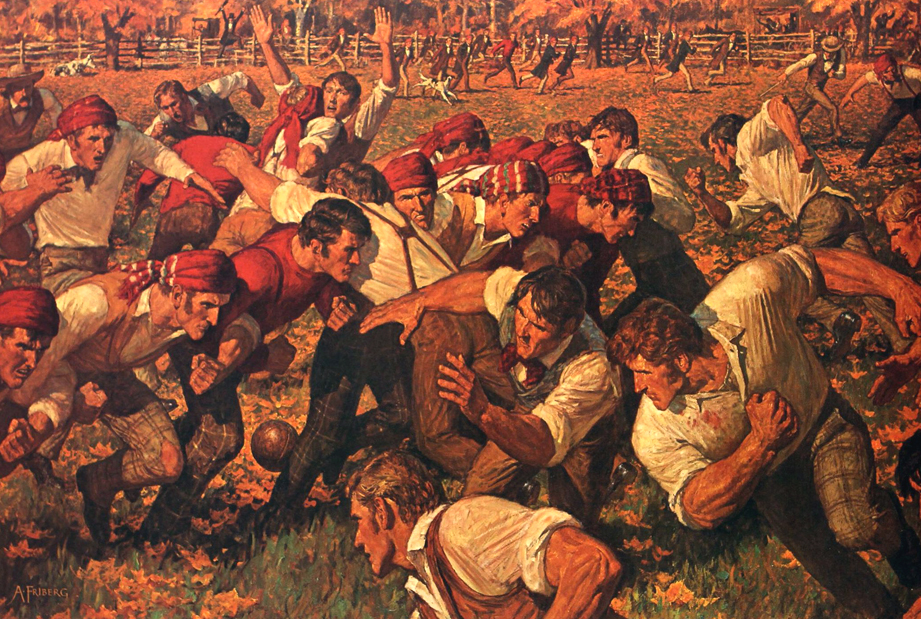 1869 in New Brunswick, New Jersey. 50 men face each other and fight over a round ball. Rutgers Queensmen against New Jersey Tigers is the birth of American football.

A few years later, the pig's bladder was replaced by a vulcanized rubber inner tube, and the introduction of the forward pass rule in 1905 and then the improvement of its use at the beginning of the twentieth century, required a balloon more aerodynamic and elongated, which can be launched with one hand and launch into the air like a torpedo. From improvements to innovations, the American football is gradually approaching its ideal design. A form called "prolate spheroid". In 1935, the NFL, which had been founded in 1920 and which allowed its standardization by using a ball of the brand Spalding - also supplier of basketball equipment -, reduced its length to 28 cm to a few millimeters and its short axis (around the middle) from 58 to 54 cm. Its axis about 71.5 cm long practically does not change.

The John Woodbridge leather American football is inspired by a ball shaped intermediate between the rugby ball and the modern ball as used in the early 1930s in the United States.

During the Second World War, the league adopted the Wilson Sporting Goods model, a Chicago firm known worldwide today for its tennis rackets, as the official ball. It is the closest ancestor to that which is still used in our time, formed of 4 pieces of leather sewn by hand and closed with a vinyl lace. A grainy leather to be better gripped by the hand, with white bands at the 2 ends to be better seen at night which will be added shortly after.