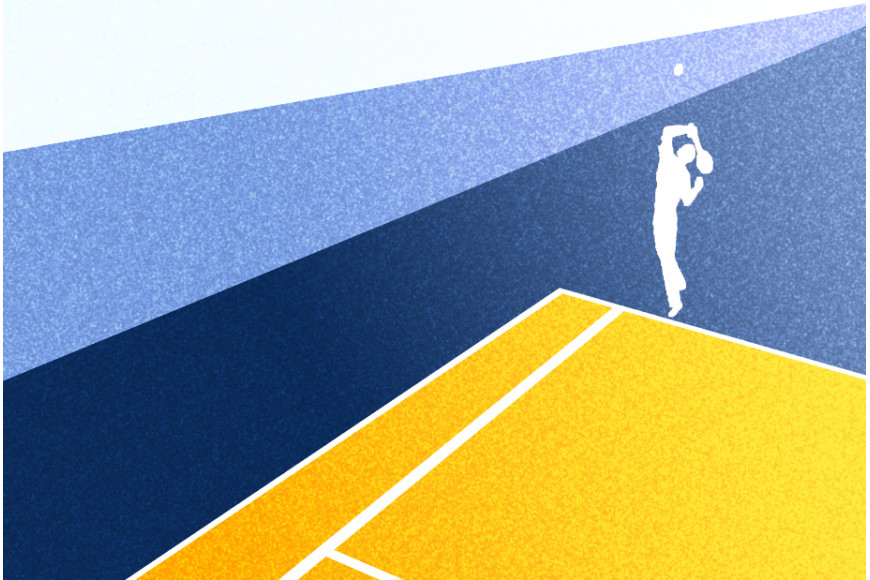 If almost all modern sports were born, at least in the form we know today with their basic rules, in the time of Victorian England, that's to say at the height of the British industrial revolution in the second part of the nineteenth century, their origin is often more distant, like Soule or Florentine Calcio for football and rugby. This is also the case for tennis, adapted from the Jeu de paume imported by the Duke of Orleans in the county of Norfolk during the Hundred Years' War.

The famous battle of Azincourt opposes the French and English armies on October 25, 1415 in the North of France. Following the victory of King Henry V's troops, the English invaded the country and Duke Charles of Orleans was taken prisoner in England. Itself derived from ancient ball games, the jeu de paume then knows such a craze in France, particularly with the Orleans nobility, that the authorities are forced to regulate its practice. The Duke of Orleans is very fond of it and, during his long captivity which will last 25 years in Wingfield a few kilometers from Norwich in the south-west of the island, he devotes himself to it almost every day. Thus during his ordeal, between two writing poems he introduced this physical and playful activity to the land of the treacherous Albion, according to legend commonly accepted. A little more than 450 years later, the graft took, and if in several properties we play different variants on grass it is a Welshman, Major Walter Clopton Wingfield - named after the city of captivity - who patented in London on February 23, 1874 a new sport which will become tennis, under the name of "Sphairistiké" (which means "art of the ball" in Greek). In the process, the legendary Wimbledon tournament was born in the summer of 1877 and the name "Lawn-Tennis" (which means "tennis on grass") was definitively adopted. Etymologically, the word tennis, also comes from French. At the time of the Duke of Orleans, it was customary to say "hold" when engaging, as is still the case today in Basque pelota - another direct descendant of the tennis court - with the "yo For "game" announcing the service. Acclimated in different forms such as "tenetz", "teneys", "tenys", "tenise" or "tennes", the expression eventually becomes "tennis". 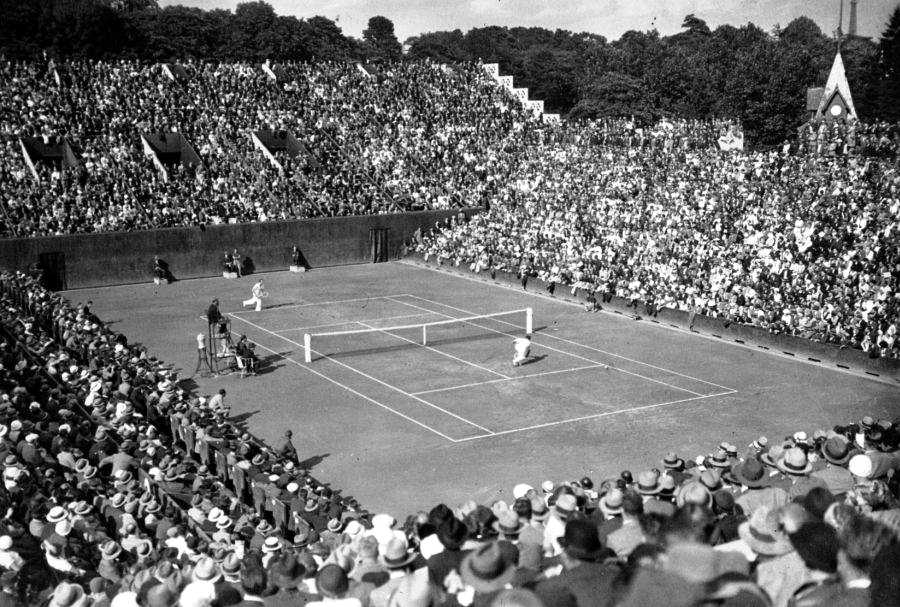 One of the first editions of the Internationaux de France in the 1920s. An era dominated by « les Mousquetaires » René Lacoste, Jean Borotra, Henri Cochet et Jacques Brugnon.

In this “British” form, the ball game soon returned to French territory, and in 1891 the “French international tennis championship” was organized in Paris, which was played on grass for its first edition, before the launch of the French Open in 1925, which will become Roland Garros, the major clay court tournament.