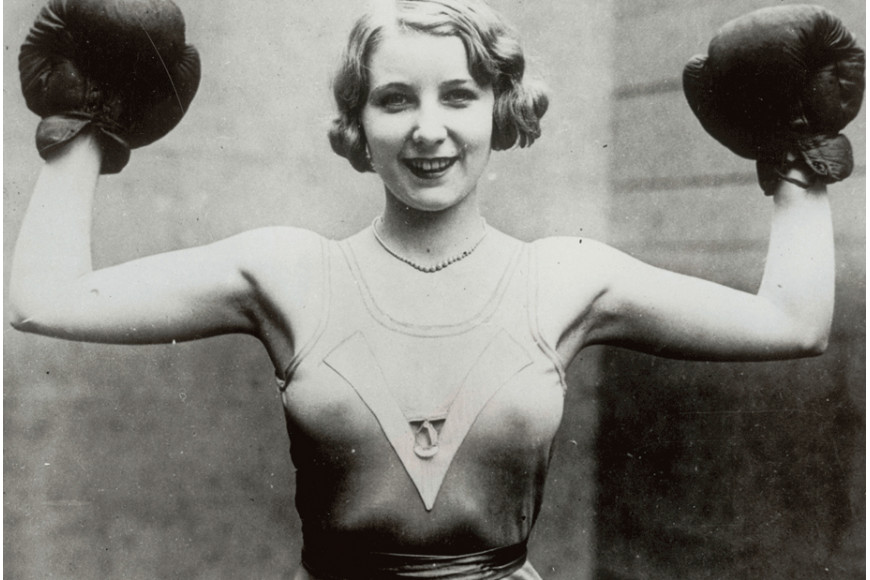 The vintage aesthetic has something fascinating, something fresh, innocent and authentic at the time of the abundance of content, size, retouching and fake. This is why the trend of "retro" has not faltered since its advent at the start of the new millennium. It's summer: honor to life and ladies on the John Woodbridge Post.

This old school black and white snapshot is one of those, unearthed in the web era, which have become famous or even iconic, copied, replicated, used editorialally, duplicated hundreds - if not thousands of times - and who find themselves hosted on servers in the 4 corners of the virtual world that is the Internet. Presented as a photograph of an Irish boxing champion of the 1930s, it shows a pretty young blond woman in a curly hi-hat cut, in boxing gloves and in a somewhat transparent sports outfit which half reveals her chest, raising her arms as a sign of victory in a boxing ring. An image that contemporary feminist movements could happily appropriate to symbolize the modern, free, strong and triumphant woman.

In reality, it is very likely that the attractive young woman has never boxed in her life. Her name is Elsie Connor. She was a choir singer and Broadway musical dancer who appeared in Here's Howe in 1928, Fioretta and Earl Carroll's Vanities in 1929 and Earl Carroll Sketchbook in 1930. Always supporting roles in which she never was a star, her only and short-lived moment of glory being, it seems, to have been one day elected during this period "healthiest Chorus girl" during "Broadway's Healthiest Show Girl", "choir singer most good health ”from the New York music hall scene.
The 2000s allowed her to become celebrity posthumously, and paid the tribute that she undoubtedly deserved for this natural beauty, this freshness and this almost century-old pose that embodies modernity today.
2020-06-26 Sports