While in England it is codified around the Football Association founded in 1863 and is organized with the Rugby Football Union which is born in 1871, English academics import on the other side of the Channel a new game, the "Rugby football", which will be at the origin of Le Havre Athletic Club, the first sports club created on French soil.

In 1872, two Royal Navy battleships anchor in the port of Le Havre, HMS Sultan and HMS Northumberland. Their crews then take part in the first meeting of a sport still mixing hands and feets, the "Combination", against a group of young English from Le Havre, former students of Cambridge and Oxford who practice at the time on an improvised field Avenue Foch, near the port. Protestant Reverend and FF Langstaff, an agent of the South Western Railway, became the first president of Havre Football Club in September and whose eldest son, William Ramsey, would later give his name to the historic stadium of the city, formerly known as the Sanvic stadium. The ancestor of French football and rugby clubs was born that year, with a quick split into two sections. It will become a few years later, in 1884, the "HAC" as Havre Athletic Club, sports club where was also practiced athletics and other English culture activities: field hockey, cricket and tennis. It remained to find a solution to the question of colors, dilemma that causes at that time lively debates within the sports society, the former students of Cambridge and Oxford wishing to keep the colors of their university, respectively the blue sky and navy blue. An agreement was voted on April 15, 1891 at the General Assembly, the jerseys of the HAC would share the colors of the two British institutions equally. Thus was born the legend of the "Ciel et Marine", with vertical stripes for football and horizontal for rugby. Forever the first. 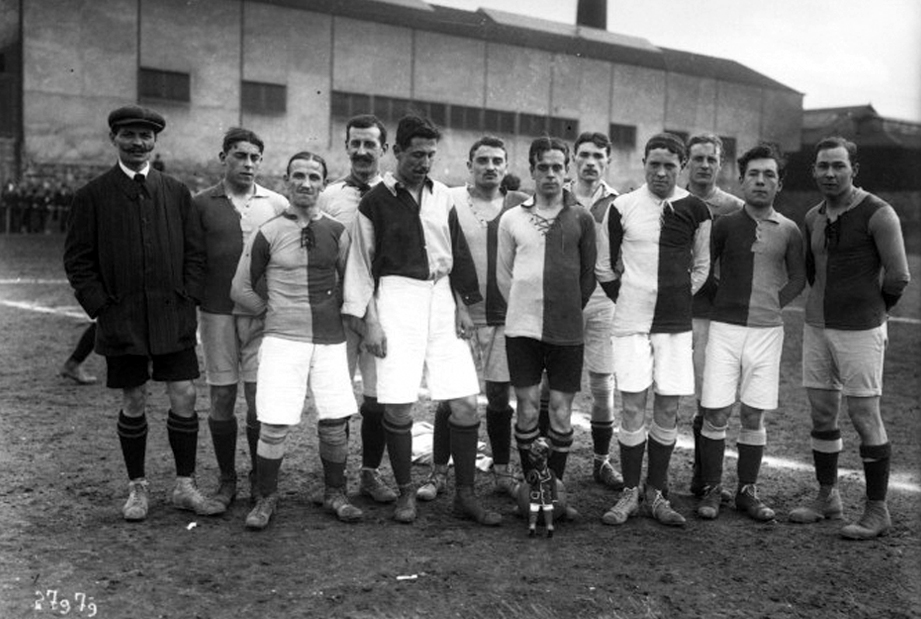