In front, the Cathedral of Vasily the Blessed erected by the Tsar Ivan IV said the Terrible, on the right, the Kremlin and its 2 km of red brick ramparts, behind, the museum of history and on the left, the 'Gum', the state-owned shop today the most famous shopping center of Russia. In 1936 this famous decor was the scene of an extraordinary football game, founder in the history of football in Russia.

While in the West, was born the World Cup with 2 editions already contested in 1930 and 1934, to promote football the year of the creation of the first championship of the Soviet Union, Alexander Kosarev, then first secretary Komsomol and "boss" of Spartak Moscow, has the idea to organize a match on the Red Square. Stalin never going to the stadium and this sport born in capitalist lands not at the time favored the party - the communist ideology preferring harmonious physical education rather than wild and elitist competition - no details will be left to chance so that the show is suitable for the Little Father of the peoples. The party takes place during the summer of 1936 on the occasion of the "Day of Physical Culture" parades led by theater director Valentin Pluchek. After the parade of all sections of Dynamo's multi-sport club, a pile-size green felt rug was laid out on the cobblestones of Red Square for Spartak's performance. While the match should have apparently opposed the Spartak, club "people" as it will be nicknamed later because led by a union and therefore rather independent of the state, Dynamo that of the police secret and NKVD (ancestor of the KGB); it is only Spartak players divided into two teams, who are on the pitch to deliver a scripted performance that predicts 7 goals in advance for a final score of 4-3. In the official gallery, Kosarev has planned a white handkerchief to stop the performance at any time in case Stalin is bored. But the communist leader seems to appreciate and applaud even at the end of the show. The match in the Red Square will now become a tradition for parades, which Dynamo will agree to participate 3 years later in a real match, the outcome will not be planned in advance. 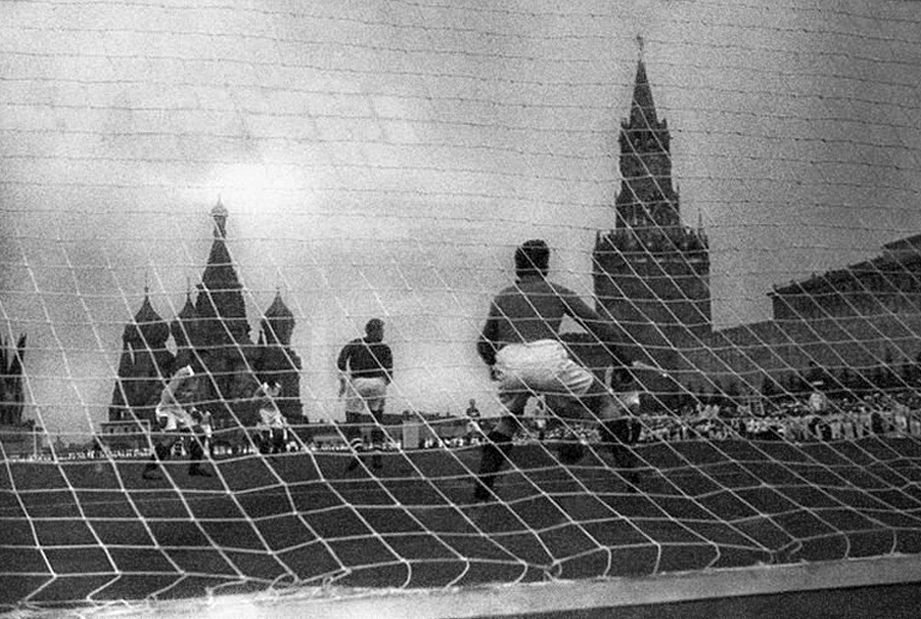 Officially, it was to be used now to show that "life is joyous", but it is without the backing of much propaganda that football would become a passion in the former USSR. In the West, saw the day of the World Cup with 2 editions already contested in 1930 and 1934. After the war, the players in the red jersey with the CCCP logo would win the European Championship of Nations in France in 1960 before finishing half finalists of the English Mondial in 1966. 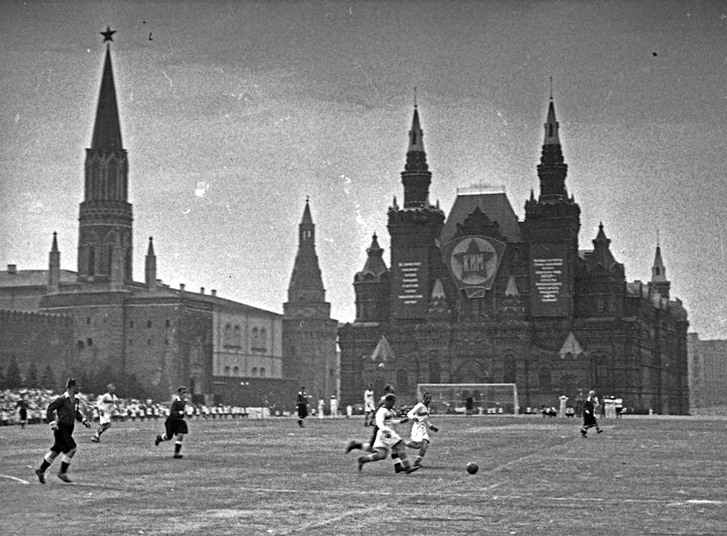