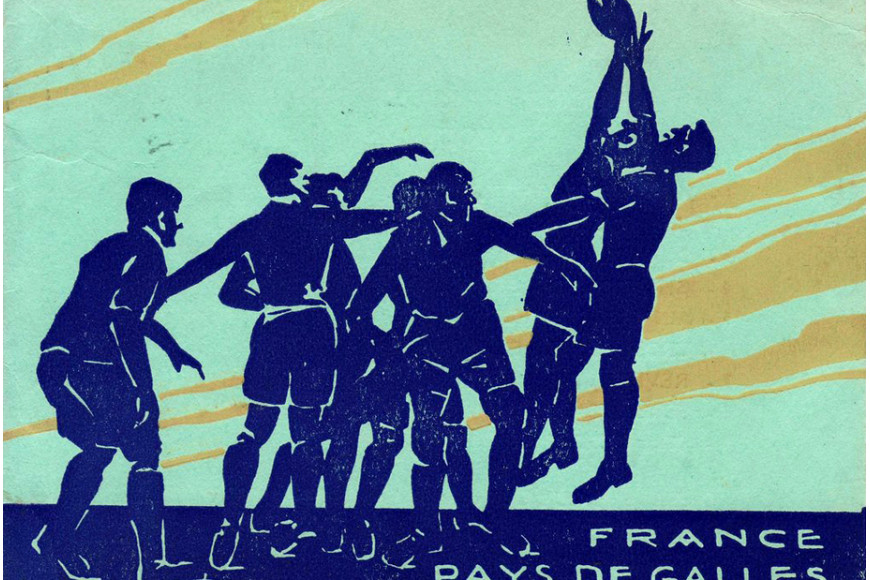 Sunday, French and Welsh will compete in the quarterfinals of the 2019 Rugby World Cup in Japan. A rugby classic that the Tournament has been offering for over a century every year between winter and spring. And if the balance of the games played is today roughly balanced between the two nations, it took twenty years for the XV of France to overcome these "devils of Welsh" for the first time.

It's been 15 games that the red jerseys are teaching French players at home as in Paris since the first meeting in 1908 at the Cardiff Arms Park. Billy Bancroft, legend of the pioneers of Welsh rugby, said, as reported at the time Le Figaro: "The day the French team beats Wales, it will triumph over all other teams in Britain. But this victory of France on the team of my homeland, I will not see it as long as I live. ". That day came much earlier than expected for the former international fullback who was then 57, April 9, 1928. 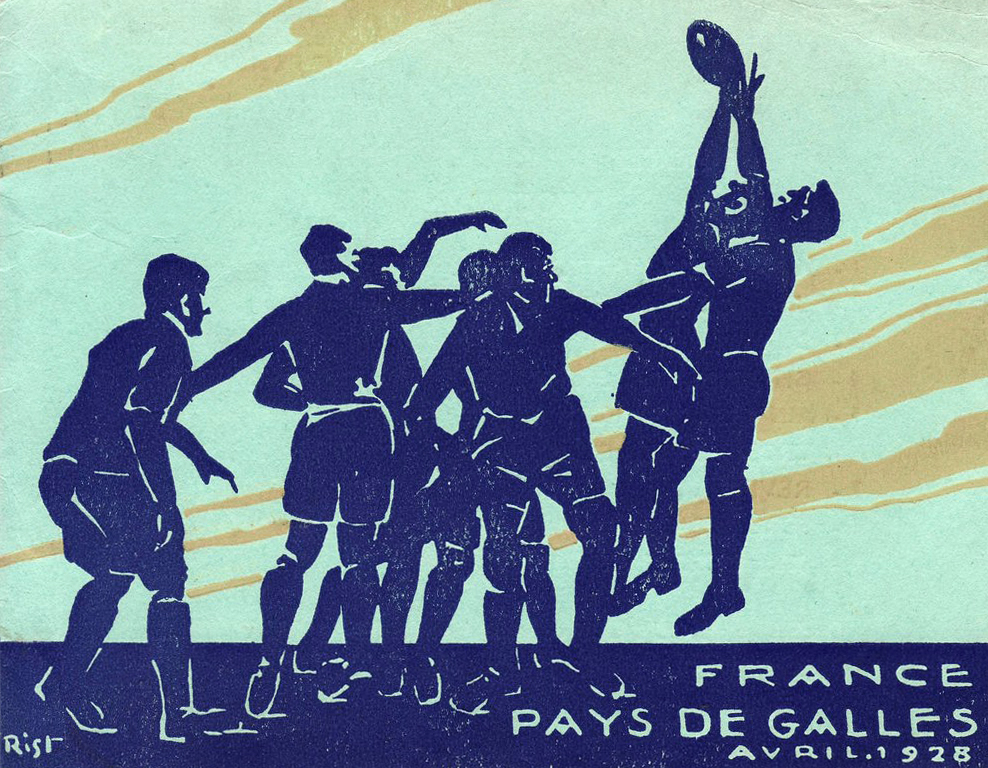 Illustration on the program of the match by French artist Rist.

40000 spectators gathered in the stands of the Olympic Stadium in Colombes on sunny Easter Monday for the last match of the 1928 Tournament. Dominated by the Welsh pack in the first half, the French scrum suffers, and despite constant waves of offensives the tricolores are led to the break of an unprocessed test to nothing. But they do not give up so far, on the contrary, and redoubled in the second half of a passion rewarded by two tests that allow them to go back to the scoreboard. Two tries signed by French winger Robert Houdet, who has constantly harassed the opposing lines of his forward-looking races. The ten and last minutes that follow plunges the audience into anguish as the British, stung in their pride, multiply their efforts to take the score. But the French fifteen is heroic in defense until the release of the final whistle. 8 to 3. The man of the match designated by the press is the Bayonnais player of the US Cognac André Béhotéguy, but it is Adolphe Jauréguy, the captain, who is carried in triumph by his players under the frantic ovations of a stadium electrified by the enthusiasm of this inaugural and historic victory.

The match ticket that took place on Easter Monday 9 April 2019 in Colombes.

The bravery of Jauréguy's men, who had beaten the Englishmen for the first time at the previous Tournament, ended up doubly damaging that - not very - old Billy Bancroft. Because on the pré, it's with the way that the French came to the end of the XV of the Leek, for finally having succeeded, in 1928, to triumph of the 4 British nations.