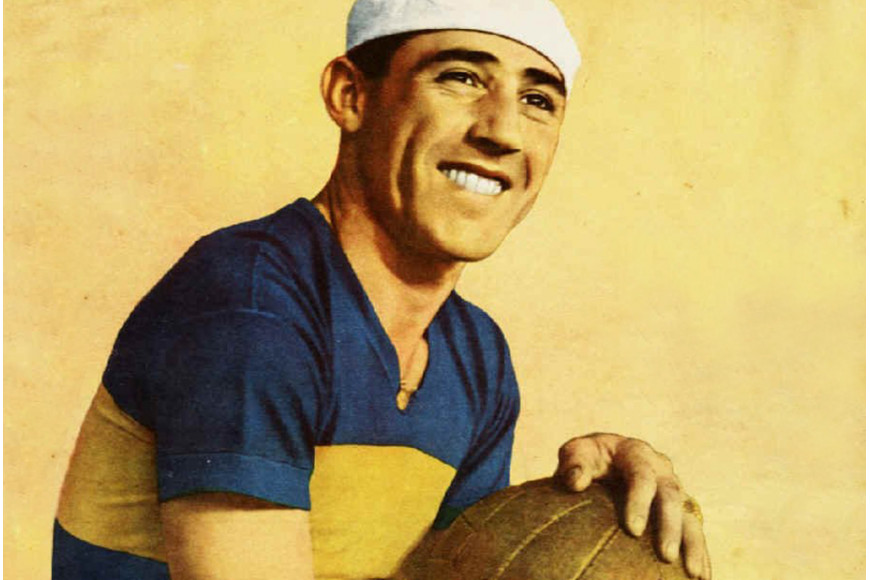 The "Superclásico" of Buenos Aires is probably the biggest derby in the world. Between the 2 most popular football teams of Argentina, Boca Juniors and River Plate, it's the moment of all the passions and exuberances. If the first match between them took place in the calm in 1913, the ferocious rivalry that exists today between these two clubs to the different sociology takes its sources at the dawn of professionalism and the creation of the Argentine championship, during the Boca-River of 1931 which ended before its term by a general fist. Players who have then shined in these games are considered as heroes. With his 5 goals scored in 6 derbies, Severino Varela is one of them.

After starting his career at the Montevideo River Plate, his city of birth, and a stint in Peñarol, Varela joined CA Boca Juniors in 1942. With La Celeste he won the home-made Copa America at the beginning of the year. In addition to being a great scorer, Varela is distinguished in games by wearing a white beret whose origin a little blurry is a more or less official advertising contract. This does not prevent it from being prolific of the head, on the contrary. During his 3 seasons in the xeineze jersey, he scored 16 goals out of a total of 43, the others being 14 penalties and 13 free kicks! 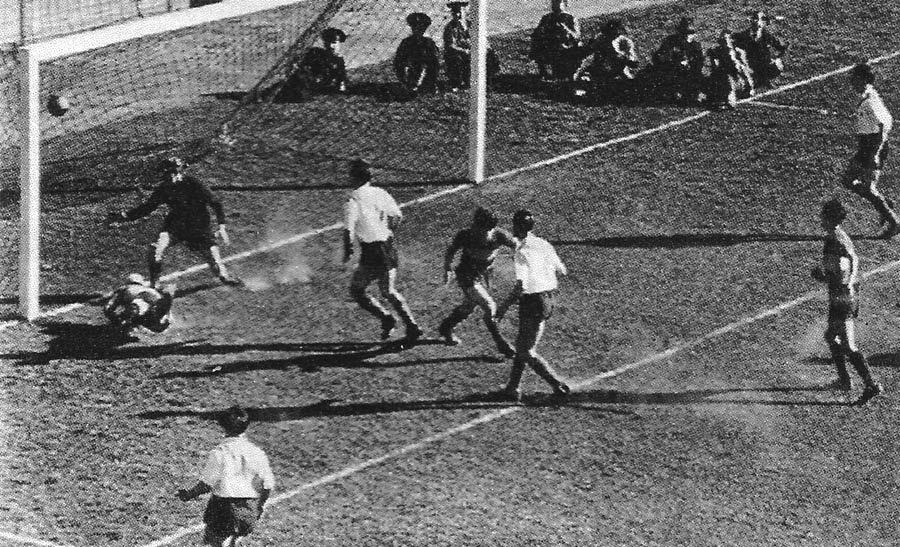 It was one of those hugs that made him famous on September 29, 1943. After scoring for his first Superclásico at the Monumental in the first leg, on a long free-kick from defender Carlos Sosa, Varela surprised the two backs and the River keeper with a diving head that sends the ball to the back of the net. The Bombonera is in a trance, and the striker, also the author of the 2 goals of the 2-1 victory, receive in the press the nickname "Boina Fantasma", the "Ghost Beret". That season, Boca finished champion for the eleventh time, in front of their big rivals the "Millionaires". The following year the Uruguayan striker reoffend with two new Superclásico achievements, one at home and another at the Monumental for a victory synonymous with the second title of champion in 2 seasons for Boca. Less effective in 1945, and despite a golden bridge offered by the club, he left the Yellow and Blue with forever the status of idol. 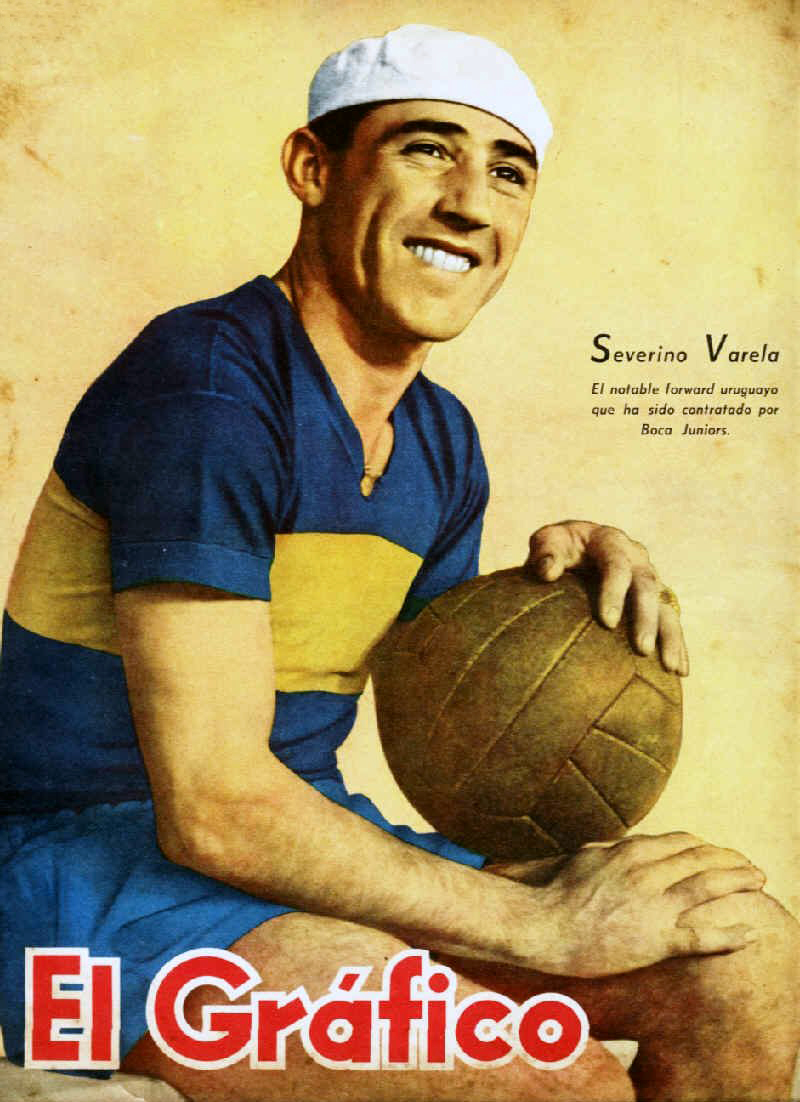 Severino Varela, idol of the Xeneizes and nightmare of the fans of River Plate, in cover of the monthly Argentinian sports newspaper El Gráfico.