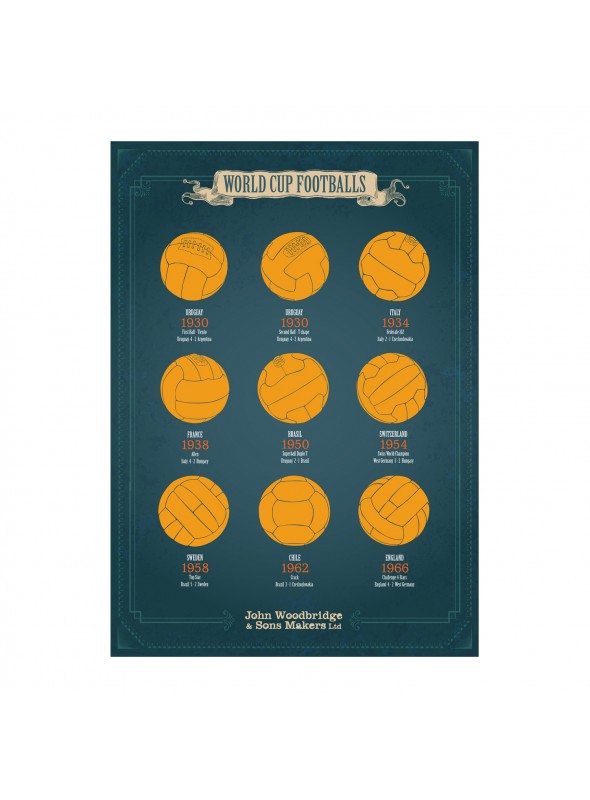 The leather footballs of the 8 first editions of the Football World Cup in a 70x50 cm poster scrint printed in Paris in limited edition. An original creation by John Woodbridge & Sons Makers.

Screen printed in limited edition on 195 g paper, the "World Cup Footballs" poster by John Woodbridge illustrates the football balls models used to play with at the World Cups from 1930 to 1966, before the arrival of Adidas in as the official supplier of FIFA. Tiento and T-shape from the first edition in Uruguay in 1930, Federale 102 in 1934 in Italy, Allen in France in 1938, Superball Duplo T in Brazil in 1950, Swiss World Champion in 1954 in Switzerland, Top Star in Sweden in 1958, Crack in 1962 in Chile and Challenge 4-Stars for the 1966 English World Cup, historical and iconic footballs designs are united on this original JW&S creation printed in Paris.