Derived from football and rugby imported from England in North America at the end of the nineteenth century, American football was first practiced in universities before being founded in 1920 the mythical association of professional teams: the NFL. From then on, the sport that will become a few years later the most popular of the United States knows a strong expansion with the introduction in 1933 of a great final opposing the two best teams of East and West. The first is December 17 at Wrigley Field, a Chicago baseball stadium, the Chicago Bears at the New York Giants. In front of 26,000 spectators, the local win 23 to 21. This match is the ancestor of the Super Bowl which will be created a few years later in the 1960s. 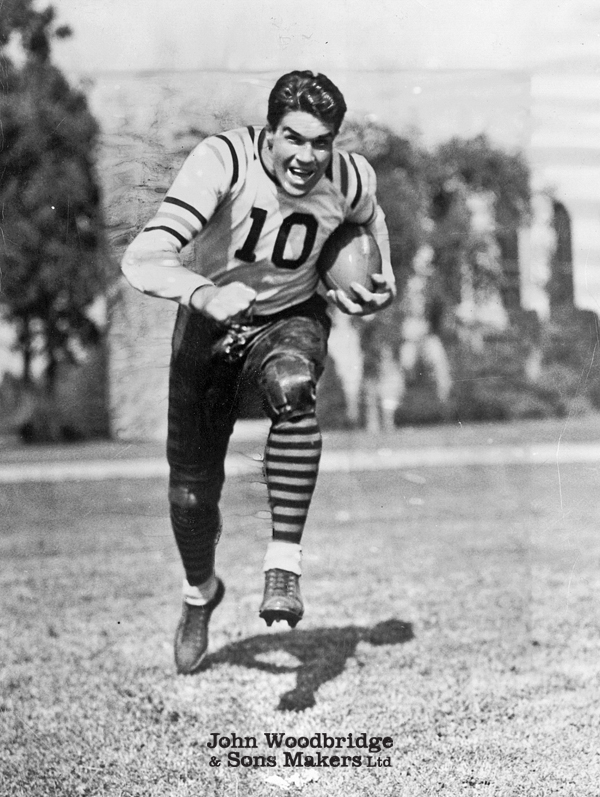 In the Bears' jersey, "Automatic Jack" Manders is heading for the touchdown.

Jack Manders is an iconic player of the time, who revolutionized his sport with his touchdowns and field goals. Graduated from the University of Minnesota in 1933, he signed with the Bears in 1933 with whom he remained until 1940. When before him extra-points attempts were made by a kick, Manders developed a technique consisting of hit the ball while being held by a teammate. He was the NFL's top touchdown scorer 4 times in the 1930s, a record that has held for 21 seasons, and best touchdown converting 3 times, a statistic surpassed only by George Blanda and Bob Waterfield ever since. Fans and sports journalists dubbed him "Automatic Jack" after a match where he hit 76 extra points. In 1934, he finished the season unbeaten with the Bears and scoring 79 points. A legend of American football! 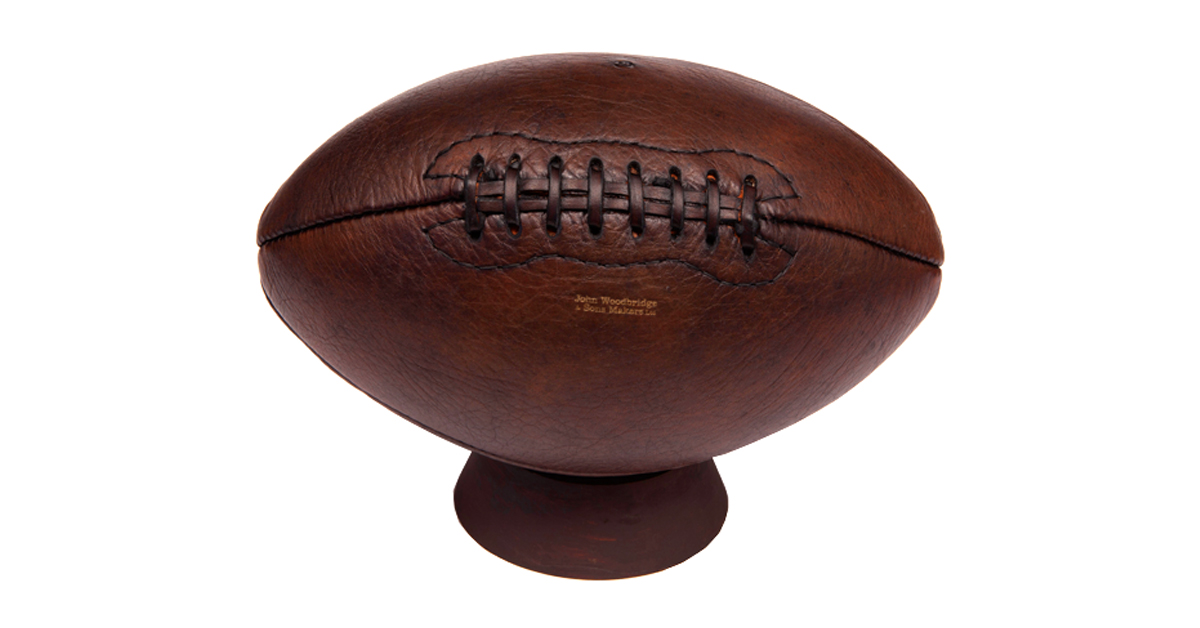 The 1930s leather american football by John Woodbridge. Retro atmosphere of the universities of the United States, leather sport object for a stylish and authentic decoration.