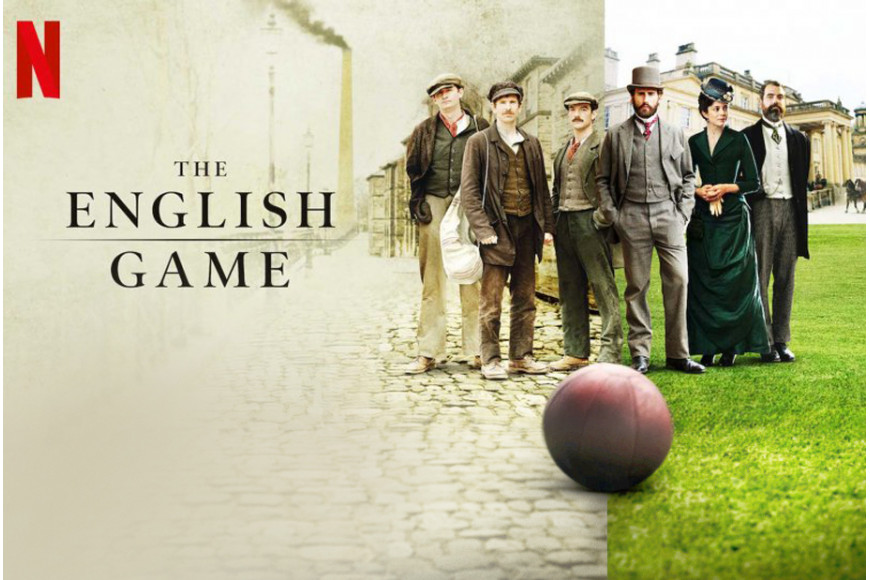 In full containment due to the global pandemic which rages in this spring 2020, while the football fans are desperately deprived of a match at the stadium as on television, Netflix has just launched on March 20 a new series which has for theme the origins football against the background of class struggle in Victorian England in the late nineteenth century.

It's Julian Fellowes, the creator of “Downtown Abbey”, who signs with Tony Charles and Oliver Cotton this historic mini-series of 6 episodes lasting 43 to 55 minutes, a fiction inspired by the history of the world's oldest football competitions, the FA Cup.

Since its creation a few years earlier in the early 1870s, football had been a sport reserved for the "upper class" - high society - that is, students and gentlemen. The Old Etonians, a formation of former students of "Eton College", one of the most prestigious and elitist schools in England, then reigns on the prize list of the Cup. Facing them, in 1879, a team of workers rose to the quarterfinals of the competition for the first time. It's Darwen FC, the club of James Walsh, a rich industrialist from the North of the country who recruits for the match two Scottish players and remunerates them secretly while the rules of the federation prohibits it. A subversion which will be at the origin of the professionalization of football.

In fact, the 2 clubs did exist. Now gone, Darwen FC - "The Salmoners" - reached the semifinals of the 1881 FA Cup, where they were beaten by the Old Carthusians Football club of the Charterhouse School Club. Finalist in 1875, 1876, 1881 and 1883, Old Etonians, whose colors were indeed sky blue and white, won the trophy in 1879 and 1889 while the club which dominated the tournament since 1871 was a selection of students from London's private schools, Wanderers FC, including the creators of the series have used the name of Captain Arthur Kinnaird as that of Old Etonians in the script for The English Game. A player considered the best of the first hours of English football.

This series immerses lovers of football and history at the origins of modern football, at the time of mythical English clubs such as Preston North End, in a social struggle between dominant and hard-working classes for the democratization of a sport which will become the most popular sports show in the world.